CARRIE REICHARDT AND HER CONVERSATIONS WITH THE STREET. from NUART on Vimeo.

Carrie Reichardt is a self-titled ‘craftivist’ whose work often blurs the boundaries between craft and activism. She has had a career spanning many media, including film, performance and sculpture but is perhaps best known as a ceramicist and mosaicist working internationally on large-scale public murals. Following her larger works for Nuart in previous years, Carrie was invited to Nuart 2018 with the brief to populate the city with small scale interventions, an unsanctioned freedom of the city project that saw over 20 new works appear on the city streets. 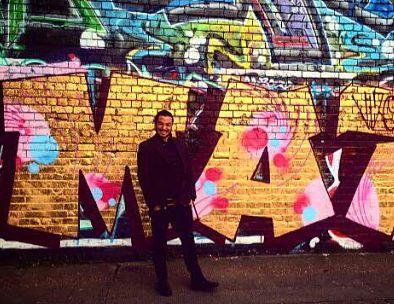