Shawn Heinrichs places the human connection at the heart of conservation

Shawn Heinrichs places the human connection at the heart of conservation

Using art is an essential tool in halting the destruction of threatened species. People only protect what they love—and recognizing this, we can bring the beauty and vulnerability of marine life to mainstream audiences across the globe, fueling a new wave of curiosity and appreciation for the oceans, and inspire the global community to take immediate steps to conserve them.

Art is my passion, conservation is my purpose, and for me the two are inseparable. I have found art is the most powerful tool I can contribute to help protect the ocean’s most threatened species and habitats. Art is a universal language that opens people’s hearts and my aim is use art in in all its forms to connect people on an emotional level with majestic yet endangered marine wildlife and inspire them to act before it is too late.Our oceans are in immediate need of protection. Industrial fishing, pollution and marine debris, habitat destruction, coastal development, global warming, and ocean acidification, are all threatening to irreversibly destroy the ocean’s delicate ecosystems. What was once considered an endless source of food to feed the planet is now on the brink of collapse. Many species of fish have now been depleted to less than 10% of their pre-industrial fishing levels in the past 50 years. Not only have we lost over 90% of the population of widely consumed fish such as tuna, salmon, and cod, the ancillary impact of commercial fishing has similarly annihilated thousands of other ocean species. Along all the equatorial and tropical coastlines, delicate reefs filled with biodiversity that evolved over thousands of years to protect coastlines and nourish local communities, are now dying out within a time span measured in years.We believe art is an essential communication tool in halting the destruction of threatened species and we intend to do our part. By reconnecting people with the beauty and vulnerability of marine species, we intend to ignite a new level of curiosity and passion for marine conservation.

In disguise: Hannah wore a dark wig and painted her body blue so the tiger sharks would not confuse her for a fish and end up eating her

Playtime: The sharks seem perfectly at peace with having the dancer and the photographers around as they swim close to the bottom of the Atlantic Ocean

Sharp images: The amazing footage of Hannah and the tiger sharks was shot by Emmy award-winning cinematographer, Shawn Heinrichs, and captured at great risk for the model's life 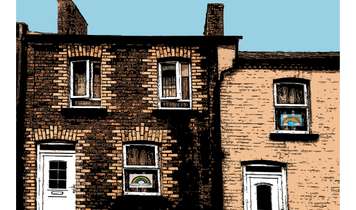 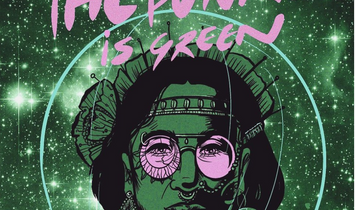