Picture a giant painting of the sinking of The Titanic, a flash mob of musicians playing 1912 music as the Titanic sinks whilst actors dressed as national and international politicians re-arrange the deckchairs! This is what is promised for an Extinction Rebellion Performance Action coordinated by the EarthQuakes and Evergreens XR affinity groups together with the Insight Ensemble

The scene is a powerful metaphor for the imminent climate crisis we are all facing.
The action will be silent, apart from the musicians and the haunting sound of a foghorn. The audience will be encouraged to join in a rousing rendition, at the end, of 'Abide with Me' (with alternative words provided on the day!

The idea was originally thought of by Jo Flanagan after she heard that her daughter was expecting her first child. “When I learnt about my daughter's pregnancy I was overjoyed” said Jo. “However, my joy was tempered when I read the UN's IPCC Report on Climate Change and other related articles. At the same time I had listened to the 15 year old Swedish girl, Greta Thunberg, speak on YouTube.” 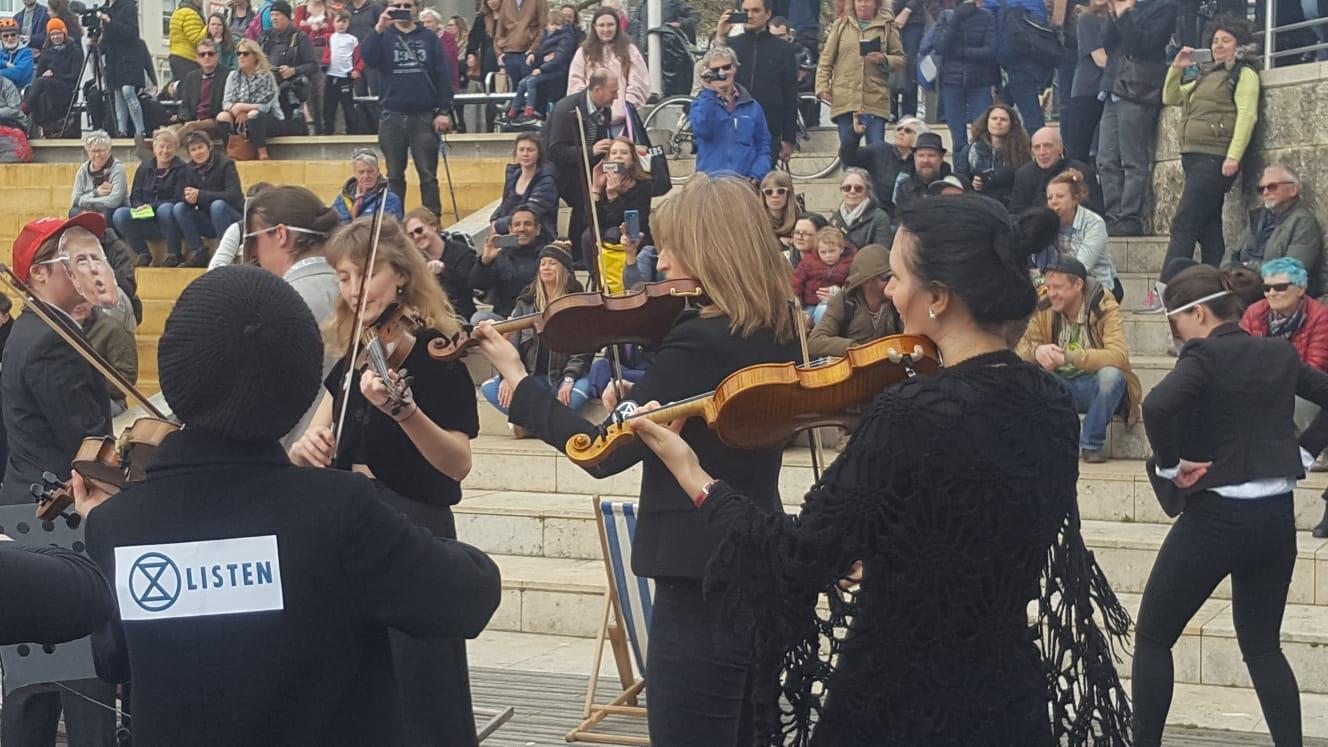 Jo admits that until that time she hadn't really grasped the true extent of the problems the planet is facing. Rising carbon emissions mean that our planet is approaching a tipping point, after which chain reactions mean that there will be no going back.

“My daughter and my first grandchild face a future living with the consequences of our unthinking actions. The tipping point is, according to the UN'S scientific report, within 12 years - what we do now, future generations cannot undo. Within my lifetime (I am 56) the world has lost over 60% of its wildlife. Even more important is the crisis in carbon emissions which threatens all life on earth - including mine and my future grandchild. We all have to reduce our carbon footprint but the imminent timescale means that we need governments and corporations to be pushed to take drastic action on all our behalves - and soon.”

Jo joined Extinction Rebellion soon after she learnt about her daughter Molly's pregnancy. She wanted to work with others who were using non-violent direct action to put pressure on governments and big businesses.

She continued, “I was getting increasingly frustrated at the lack of meaningful action and initially thought of the metaphor of 'fiddling whilst Rome burns' but soon realized that not everyone understood the link to the Emperor Nero fiddling whilst Rome burnt but all my family and friends understood the Titanic sinking whilst musicians played as a metaphor for our planet and children's futures being destroyed whilst politicians 'rearranged the deckchairs'.

Her ideas were happily embraced by her friends in the Extinction Rebellion EarthQuakes and Evergreens Affinity Groups and by Anneka Sutcliffe from Insight Ensemble. Three artists have come together to paint a huge painting of a sinking Titanic. Jo has also put together a series of narrative placards with messages about the disaster we all face and also, importantly, solutions to avert catastrophe. Musicians and actors all volunteered to give their time and skills for free - everyone just 'mucked in'.

This Extinction Rebellion performance action will be repeated in London during the week beginning 15th April when huge numbers across the globe will be getting involved in non-violent direct action to put pressure on those in power to act before it's too late - hopefully others will be encouraged to join us.

Jo concludes, “My actions alone may make little difference but together I believe we CAN make a difference. I don't want my future grandchild to look at me and my generation as leaving a legacy of irredeemable disaster. The Titanic is a powerful metaphor for the importance of taking action to avoid disaster before it's too late. 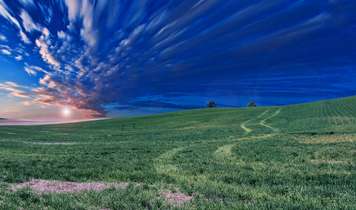 The politically acceptable approaches to reducing carbon emissions don't work. Here's what will