It is the year 2115, and a spaceship returning from the Mars colony glows as it re-enters Earth’s atmosphere. The planet below is very different to the one left behind by the crew’s ancestors almost a century before.

The atmosphere has been stabilised, the surface is more forested and large wild animals can be seen in abundance again on the great plains. The human population is larger but its total impact on the biosphere is less. People live in ecological conurbations – working less and enjoying more time in their communities, growing food, learning, playing and being creative. Poverty and war are over.

How could this possibly have happened? 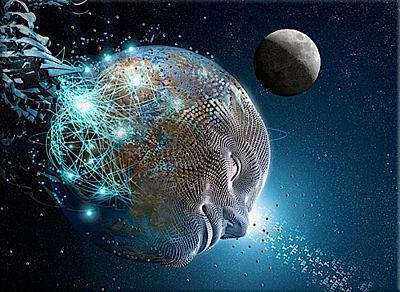 Humans are not great at understanding change. We think things will stay the same when they won’t and we tend to underestimate how fast things will change when they do. Many people are pessimistic about the world today – environmental crises, war and resource scarcity threaten a burgeoning global population – but there are other trends going on that are under-reported in the mainstream media. An unprecedented, highly-connected, global network of citizens is linking up, right now, to consciously change the world.

Over human history there have been several transitions when our culture evolved and everything changed rapidly. For example, the agricultural and industrial revolutions; step changes linked to new technology. Environmentalists increasingly reach the conclusion that the crises of climate change and collapsing biodiversity require us to totally reimagine how we organise ourselves on the planet. Interestingly, most technologists argue that the internet changes everything, too. Can the dawning of the information age help humanity co-exist with Earth’s ecosystems?

The internet has profoundly changed how we access information and communicate with each other. Today, anyone online has access to most of humanity’s knowledge, the ability to create and share content widely and to connect with almost everyone else. We no longer have to wait for government action on climate change – we can take ownership of planetary issues and in doing so create new forms of governance that usurp the status-quo.

Clay Shirky’s book Cognitive Surplus: Creativity and Generosity in a Connected Age points out that the world’s educated population has over a trillion hours of free time. For some of the industrial age this was largely spent watching TV – both an antidote to the trials of the industrial working week and a cultural glue maintaining ‘normal’ behaviour. Today people are leaving television in droves. A 2014 report by Ofcom revealed that Britons watched an average of 11 minutes less television in 2013 than in 2012 and that television consumption by 16 to 24-year-olds fell for the third year running.

The question ‘what will we do instead?’ has begun to be answered in the form of Facebook, Wikipedia and Instagram. Clearly though, this is just the beginning. We can also create new currencies (Bitcoin), propose new laws and revive democracy (38 Degrees) and join together to shift money out of banks and into our communities (Move Your Money, Abundance, Zopa). Without the input or permission of existing industrial institutions a new world emerges, facilitated by the creative potential of massive online networks.

Human culture is based on stories we tell each other. For most of history, powerful minorities controlled information. Today, more people can propose new ideas and share these with others. As networks supersede hierarchies each of us is empowered in new ways.

Many people are taking broadcasting into their own hands. Positive TV, Collective Evolution, Wake Up World, Upworthy and many other alternative media channels divert people from conventional content presenting compelling alternative visions for the future. In isolation, each of these start-ups may be niche, but they are emerging everywhere. Signs abound that the information we need to adapt to a changing world is being shared.

The transfer of sovereignty from hierarchical institutions to networks of citizens can lead to more democratic and ultimately better decision-making. Surveys consistently demonstrate that citizens want to see nature protected. Governments and corporations, motivated by GDP and profits, have failed to either ring-fence the world’s most precious ecosystems or address global warming. Networks of citizens can do better. We can crowdsource investment to create mega-wildlife corridors, launch a massive global campaign to secure a global treaty to halt the sixth mass extinction and use this mobilised political force to break up harmful corporations and establish new economies that are steady-state and value the natural world.

How many people need to agree that the Amazon rainforest should be protected for it to be so? Or that we allow fish stocks to recover? Or that we slow the economy, work less, rebuild community and be more involved in our food production? These no longer sound like radical demands, they are obvious next steps to take at the end of a sustained era of industrial expansion.

We now have the means, motive and opportunity to radically reorganise society to enable citizens to thrive within an abundant biosphere. Our generation is blessed with the opportunity to step out of fear, competition and greed and into a new era of harmony with the natural world and our peers. Success depends on the cumulative activity of our connected brains. So what do you think? 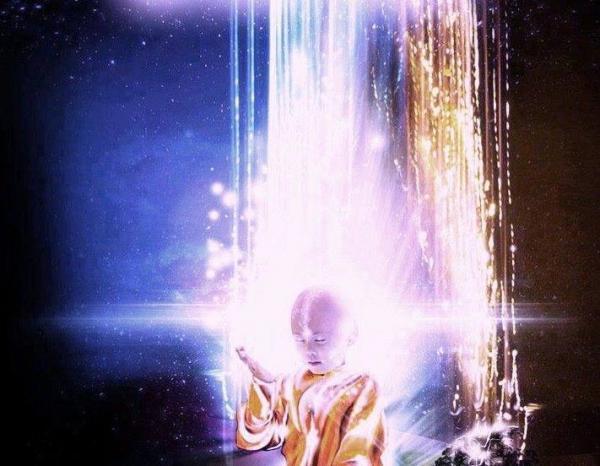