Britain’s beavers could be major allies in tackling the climate and extinction crises – but without more public and government support face a fragile future, says Beaver Trust as it launches a new documentary film exploring the country’s relationship with the endangered but controversial species.

The charity’s short film, Beavers Without Borders, explores the benefits and challenges of reintroducing beavers to Britain’s landscapes. It hopes the documentary, launching on YouTube on 15 November, will appeal to a wide audience and promote discussions around ensuring a better future for the species.

It’s a critical time for beavers, with the UK Government deciding on their future in England, and calls for the Scottish Government to allow their relocation in Scotland. We hope our film evokes the buzz of life in beaver wetlands, inspires people to welcome beavers back, and helps nurture a reconnection between people and the rest of nature,

Beavers Without Borders follows science communicator Sophie Pavelle on a journey around Britain’s beaver reintroduction sites – hearing from farmers, anglers, scientists and conservationists about the issues, the importance of community support, and how we might learn to live alongside beavers again.

It highlights how beavers are superb ecosystem engineers, with their small dams creating nature-rich wetlands that support wildlife, absorb carbon dioxide, reduce flooding, and improve water quality. But the animals can have localised impacts on agricultural land too.

Now back in Britain after being hunted to extinction over four centuries ago for their meat, fur and oil, beavers remain at risk as a wild species. The Scottish Government last year declared Scotland’s beavers a protected species. But it still doesn’t allow relocations within Scotland, and says beavers can only spread naturally from their current ranges in Argyll and Tayside – despite having identified over 100,000 hectares of suitable habitat elsewhere, and many landowners being ready to welcome the animals and their biodiversity-boosting activities.

Although some Scottish beavers are relocated to England, the current block on their relocations within Scotland leaves Tayside farmers with little option but to apply for a licence to kill the animals when they damage crops. Last year, 87 beavers – a fifth of the population – were shot.

The UK Government decided this summer that England’s first breeding wild beavers for 400 years could remain in Devon, following the River Otter trial that highlighted their benefits. Elsewhere in England, beavers are being introduced in enclosed areas – but the Government has yet to recognise beavers as native, or provide a licensing and management system allowing beaver releases in the wild.

Beaver Trust says the Government’s national strategy and funding to protect and manage wild beavers should be informed by the lessons learnt by people involved in or affected by reintroductions.

Those sharing their experiences and expertise in the Beavers Without Borders film include Devon-based farmer, ecologist and author Derek Gow – a key figure in UK beaver reintroductions. Derek said -

This wonderful film illustrates succinctly the critical importance of the beaver for nature recovery. Without the assistance of this creature’s fabled engineering skill sets, it is impossible to imagine a future where nature can begin to recover itself. By returning the beaver to Britain’s impoverished wetland environments, we are blessing them with the ability to heal themselves

While beavers on floodplains can cause local problems for farmers, Germany’s Gerhard Schwab explains how people in Bavaria have learnt to co-exist with, and benefit from, the species – including through incentives for farmers to include buffer strips free of cultivation or chemicals along rivers.

At Aberfeldy in Highland Perthshire, Sophie meets Dr Roisin Campbell-Palmer, who works to resolve beaver-related tensions between communities and landowners in Tayside – including by trapping and relocating beavers as an alternative to culling, and through simple mitigation measures.

In Dunkeld, angler Duncan Pepper explains how beavers’ activities in Tayside have improved conditions for river-dwelling fish and so boosted Atlantic salmon populations.

Chris Jones of Woodland Valley Farm – home of the Cornwall Beaver Project – shows how releasing beavers into enclosed areas three years ago has boosted birds, dragonflies and other wildlife.

“Policies, education and funds are needed to help us all learn to live alongside these remarkable but sometimes troublesome animals – with the voices of people living in and managing our landscapes heard, incentives for community-led river restoration, and support to promote acceptance of beavers,” said James Wallace, who is also the film’s executive producer.

Filming Beavers Without Borders, and meeting individuals dedicated to restoring our natural world, has been an incredible experience. Hopefully the film will raise awareness about what we can do right now to give nature a helping hand, while debunking some myths surrounding beavers and offering hope at a time when we all need it.

The People versus lethal control 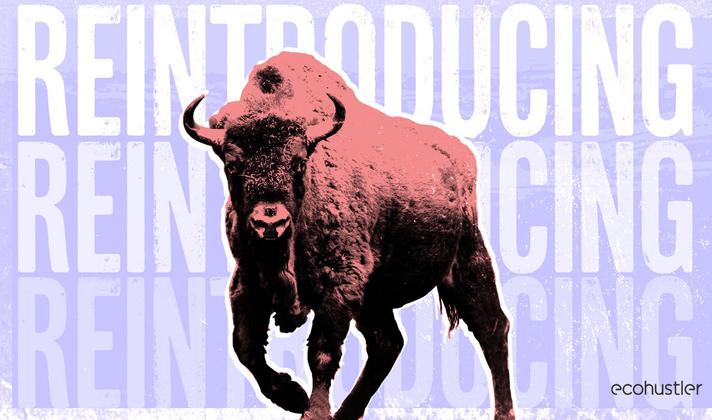