The trio were first exposed in the July 2017 report The Shuidong Connection: Exposing the global hub of the illegal ivory trade by the London-based Environmental Investigation Agency (EIA).

During almost three years of undercover work, EIA investigators infiltrated one of the leading syndicates based in the obscure Chinese town of Shuidong, said to be a major Chinese hub for poached ivory smuggled from Africa.

The Shuidong Connection identified the three main culprits in the syndicate as Wang, Xie and Ou; EIA shared its findings with relevant Chinese Government agencies in a confidential briefing ahead of the report’s publication.

Enforcement action based on that intelligence was launched by the local Anti-Smuggling Bureau on 6 July 2017 when about 500 officers raided locations in Shuidong and surrounding areas. Wang was caught during this raid and subsequently jailed for 15 years; Xie was located in Tanzania and voluntarily returned to face trial, at which was jailed for six years.

Chinese authorities have now confirmed that Ou was repatriated from Nigeria to China on 5 January 2019 under an INTERPOL Red Notice. He will now face trial in China.

“We are very pleased to see such robust enforcement action taken by the Chinese authorities in response to the information provided by our investigators,” said Julian Newman, EIA Campaigns Director.

“During the investigation, this syndicate had claimed involvement in multiple shipments of illegal ivory tusks from Africa to China and had been directly involved in the trade for years, so dismantling the operation has put a major dent in global illegal ivory trafficking operations.” Action by the China Customs Anti-Smuggling Bureau based on EIA’s intelligence has now led to the dismantling of two ivory trafficking syndicates spanning Guangdong and Fujian province in southern China. Nor were China’s efforts focused only on the thee syndicate members identified by EIA – by February 2018, 11 suspects had been convicted by the local court, with jail sentences ranging from six to 15 years imprisonment. “EIA applauds this achievement; the Chinese authorities are to be congratulated for their collaborative and co-ordinated approach,” added Newman. 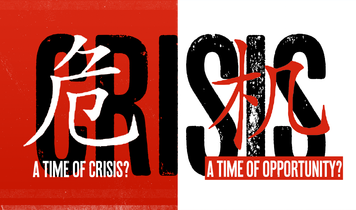