Ulaanbaatar in Mongolia is the world's most polluted capital.

Every winter, as many as 220,000 households burn coal to stay warm. When families can’t afford coal they sometimes burn tyres and other scraps. Air pollution, or “smoke” as the residents call it, often reaches several times that of Beijing or Delhi and can go up to 133x times the level the World Health Organization (WHO) deems safe. The hospitals are packed every winter, as thousands of children fall sick. Respiratory infections have increased at a rate of 270% over the last 10 years and children living in the city have a 40% lower lung function than those living in rural areas, according to Unicef.

Harsh winters have killed off millions of livestock, forcing rural herders to the capital for work. In 2004, almost 70,000 people moved from rural areas to the city, since then as many as 45,000 have moved to the capital annually. Most collect in the ger district, an area officials say accounts for 80% of the city’s air pollution. Since there is no access to clean energy, people turn to coal to stay warm.

The Tsaatan, Mongolia's reindeer herders, are amongst these nomads forced to retreat from the wild. An ever-changing climate weakens their animals and threatens an entire culture with extinction. Today, only 40 Tsaatan families remain. 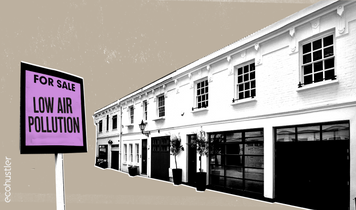