Dr Bronner’s soaps have long stood out in the marketplace with their ethical mission and unique philosophy centre stage on their distinctive packaging. However, the principles run deep and are woven into the DNA of the company. For example, executive pay is capped so that the boss only earns five times that of the lowest-paid warehouse worker. Additionally, the company directs 7-8% of annual revenues into activism, for example, backing drug policy reform in the US where the world’s largest prison population is largely non-white and a significant proportion locked up on drugs charges - many for cannabis, as well as backing Sea Shepherd's vital work on the high seas. The whole company is in the business of creating radical change. C.E.O. (Cosmic Engagement Officer) David Bronner leads the way, for example, by winning the prestigious Cannabis Activist of the Year award. Since 2003, the company, frustrated by the poor availability of ethical and sustainable raw materials, has been vertically integrating and getting involved in farming, setting up several operations around the world. In doing so their ethical and sustainable principles are sowing seeds of change on the ground immensely benefitting the communities involved in the projects. They are now expanded into the grocery aisle with their very first food product in the UK market, Dr. Bronner’s Organic Virgin Coconut Oil.

Gero Leson has been managing Dr. Bronner’s shift to organic and fair trade raw materials since 2005 and has co-created several of these new enterprises. He explained to EcoHustler that the recipes for the legendary soaps have hardly changed at all since Emanuel Bronner, who left Germany in 1929, started the company in 1948. What has changed is that the company has become more particular about sourcing ingredients, It switched to organic raw materials in 2003 and then started its move to organic/fair trade ingredients since it wanted it supply to be transparent and have a positive impact. Since then, the company has been growing at some 15% per year reaching revenues of $120 Million in 2017 making it the top-selling brand of natural soaps in the North America. This monster growth alongside a tightening of the scruples demonstrates that more and more consumers around the world want ethics embedded into their brands even if it means paying a premium for some products.

Coconut oil has always been about 75% of the raw materials used by Dr Bronner’s, giving the company’s wide range of soap flavours their satisfying lather. To secure the quantities of coconuts required, Gero was sent to Sri Lanka in the wake of the Tsunami and set up Serendipol, which has since become the world’s foremost producer of certified fair trade and organic coconut oil. This oil is then combined with olive oil and palm oil… I stopped Gero in his tracks -

“We have just published an article stating unequivocally that palm oil is always unsustainable. What about the Orangutan!? How can you be using palm oil!?”

Gero replies unflustered with his soothing German tones - “You can have sustainable palm oil. The problem with palm oil is the scale. The huge monocultures favoured by mainstream agribusiness removes communities and biodiversity from the land. Then they apply chemical inputs and the results are very bad for the people and for the planet.”

“The palms are actually an attractive ecological plant if grown on smaller plots with small farming communities. It is highly productive and you can grow it in mixed permacultures. Mixed agroforestry with cocoa or with other fruit trees increases the biodiversity on the plots.” To this end, Gero has also been involved in helping to establish an organic and fair trade palm oil project in Ghana – also a world’s first. Aside from ensuring supply of this key ingredient, Gero and his pioneering company are keen to show that you can easily produce sustainable palm oil. The key is that they exclusively work with smallholder farmers and always convert the farms to organic agriculture and fair trade. These processes have also worked well in Samoa where Dr Bronner’s intervention has revitalized the prospects of family coconut farmers. Coconut oil from Samoa will supply Dr.Bronner’s growing demand, notably since much of the high quality “virgin coconut oil” from Sri Lanka is now sold as a food, including now in the UK. The challenge is to scale up small scale agriculture so that it can meet global demand.

Capitalism stands accused of blindly blitzkrieging the planet’s biosphere with its rapacious and unquenching hunger for continuous growth. Dr Bronner’s All-One philosophy and transformative business practices turn these devastating trends on their head and suggest that another way is possible. Perhaps it isn’t inevitable that human enterprise has to come with the cost of reducing the number of other species we share this planet with?

Gero seems to be an optimistic guy but I ask him what currently concerns him. He replies with some urgency -

“When the price of petroleum goes up again, this could lead to massive rainforest clearance in Indonesia. When the price is high, palm oil can be converted to biodiesel and sold on global markets. This could lead to hundreds of thousands of additional hectares of Indonesian rainforest being cut down to make way for new monoculture plantations. It is a bad idea to put plant oil into engines!” Along these lines, Dr. Bronner’s Europe has recently supported, with German NGOs, a successful petition to the EU to ban the use of palm oil for energy.

At a time when electric cars are being rolled out and renewable energy is cheaper then ever it is surely the worst kind of economic madness to be clear felling the rainforests we depend on to breathe to fuel outdated machines? It seems that, for a while longer, there will be good capitalism and bad capitalism running alongside each other in parallel. The challenge for consumers is to remember that every pound spent is a vote for the world that we want to live in. If we want an abundant planet full of thriving wildlife - rainforests and orangutan, the choice is clear. When choosing cars - go electric. When choosing soap - go Dr Bronner’s. 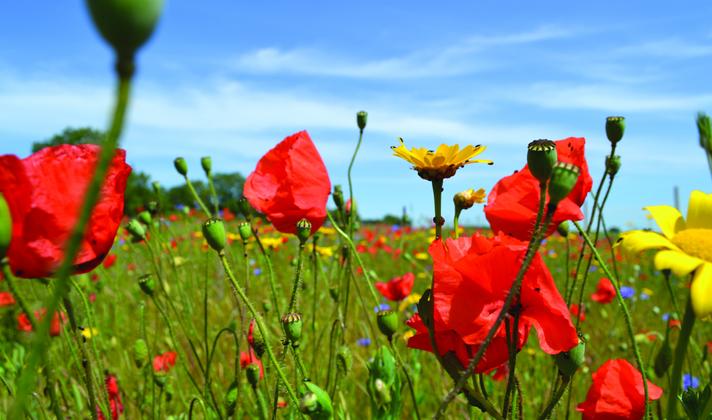