Campaigners are calling on the RSPCA - including vice-presidents Chris Packham, Brian May, Brian Blessed, Bill Oddie, Caroline Lucas and Peter Egan as well as royal patron Her Majesty the Queen - to stop certifying Scottish salmon as 'welfare-friendly'. Despite horrific welfare abuse, around 70% of Scottish salmon production is currently certified via RSPCA Assured (formerly Freedom Food) which is owned and controlled by the RSPCA.

Scottish farmed salmon is a welfare nightmare which does not warrant certification by RSPCA Assured,

urges the letter sent to the RSPCA. "Shame on the RSPCA executive and shame on RSPCA Assured for profiting at the expense of the welfare of farmed salmon. End the suffering of salmon now by pulling the plug on Scottish salmon including the Thermolicer torture chamber. Please do not allow another 25 years of welfare abuse and pollution by Scottish salmon farms."

Earlier this week, Save Seil Sound made a formal complaint to the Scottish Charity Regulator about the charitable status of Freedom Food Limited (re-branded as RSPCA Assured in 2015) which is a subsidiary charitable company owned by the RSPCA.

The Sunday Times reported over the weekend (2 February) that scientist Dr. Lynne Sneddon - a world renowned expert on fish welfare from the University of Liverpool - has questioned the RSPCA's certification of factory farmed salmon. "There is a huge disconnect between the marketing of Scottish salmon as 'healthy', 'responsibly sourced' and 'welfare friendly' via RSPCA Assured and the gruesome images of welfare abuse on salmon farms. It is painfully obvious that salmon are suffering from serious and systematic abuse both on factory farms and via mechanical treatments such as the Thermolicer. The damning photographic evidence graphically illustrates unnecessary suffering, pain and widespread welfare problems on RSPCA certified salmon farms. Scottish Ministers are clearly failing to police the welfare nightmare that is salmon farming. Offenders must be prosecuted as a matter of urgency to end the torture and suffering."

We can also message the RSPCA's patrons on Twitter - 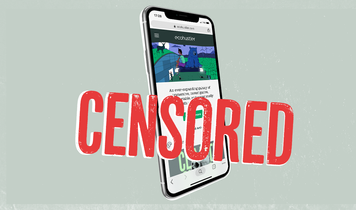