The money being made by corporations selling plastic wrapped water is like something from a dystopian horror movie… oh wait... 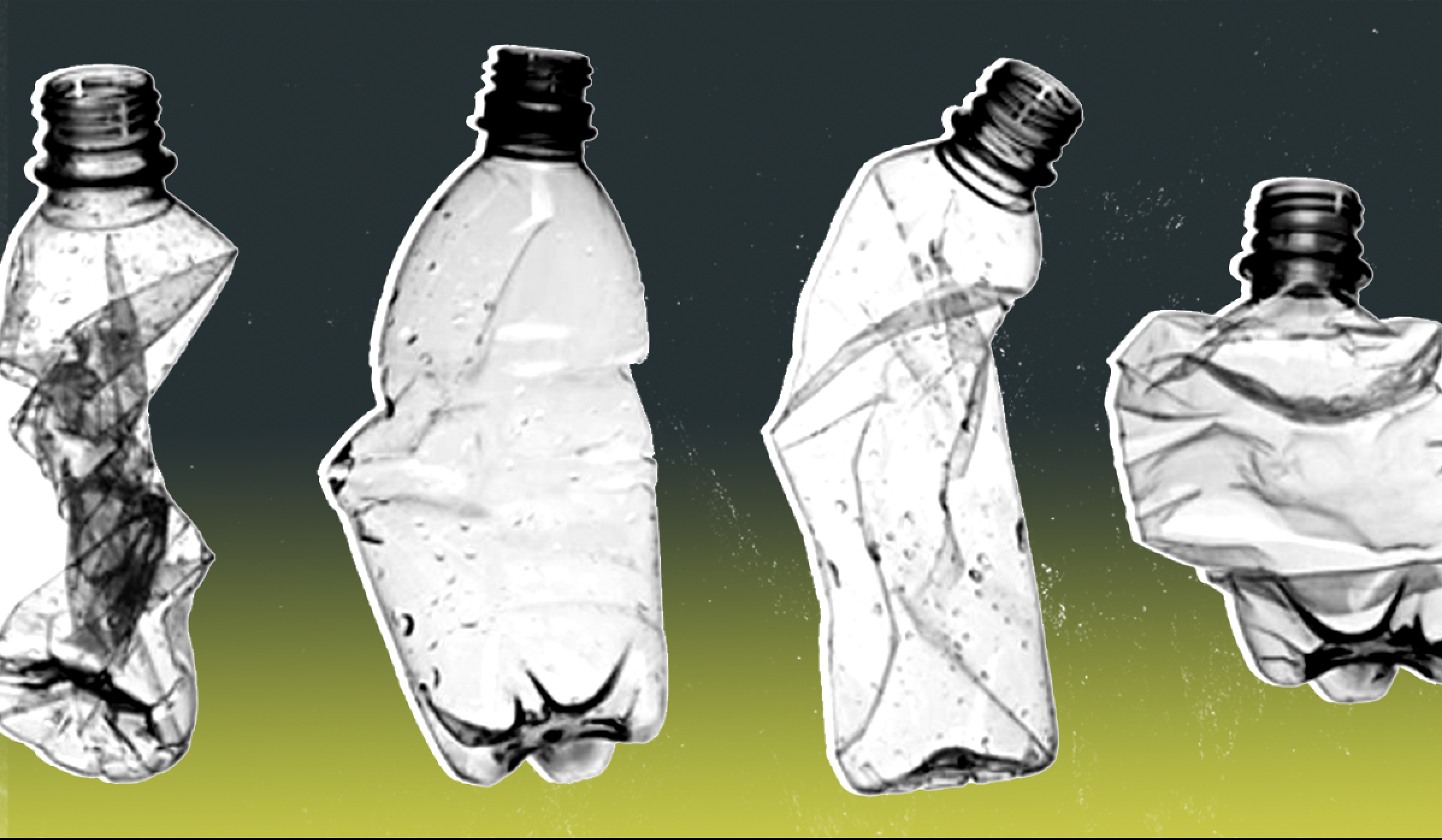 The characters in Kate A Hardy’s new dystopian novel Londonia, set in 2072, rely for their water on the deliveries by the ‘water mec’ and harnessing rainwater. Here she explores how today’s bottled water industry has turned this primordial resource into a vast money-making enterprise

In our current time when water appears mysteriously and almost unceasingly from our taps is there any need to buy bottled water when so many in the world have virtually no access to this life vital resource?

I can vaguely recall early holidays to France when I first noticed bottled water for sale. Maybe it was important in some areas where sanitation was _un peu dubious_… but certainly not everywhere. I now live in France and have noticed over the last couple of decades, the supermarket shelves telling a very different story. 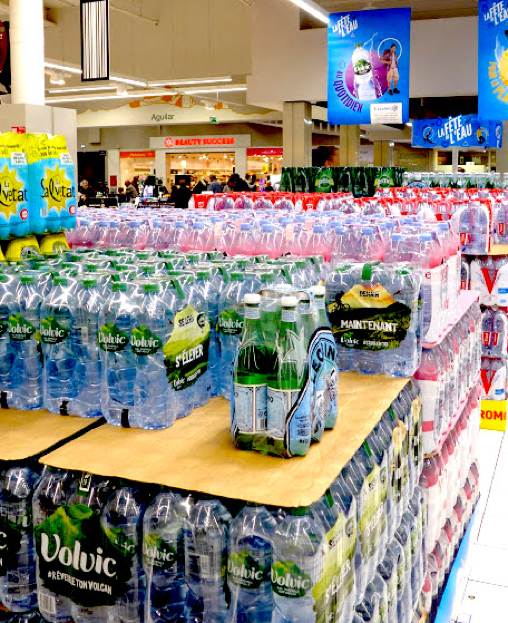 Fete de vin in the autumn I can vaguely relate to – time of the grape harvest, local wine companies making space for their new influx, a certain celebration of the wealth of different wine types, etc, but not water. What might be next? Air?

A fete celebrating ideas for conserving water might have been nice – water filters, household devices for reusing water, a small talk illustrating where our local water comes from, tap water tasting. . . sadly, no. This was just an excuse to push as much water in plastic bottles encased in plastic packaging as possible.

While the demand is there, and until governments finally wake up to the plastic crisis, Supermarkets will continue this absurd practice, but surely there could be another way?

When I was last in the UK, I visited a local community centre in which, near the entrance, they had installed a milk dispenser – the milk coming from a local farm. You could bring your own bottles, or buy a few glass ones from the machine and fill them. Brilliant! Could this be applied to shops generally? Giant water dispensers where you could fill your own bottles for say, ten pence a go. The bottling companies could take turns so none of them would miss out on profits, or preferably, the nearest source would be used for each town’s supermarkets. Derbyshire – Buxton water; Scotland – Highland Spring, etc, rather than lorries travelling several thousand miles away from France, Italy or even Iceland. 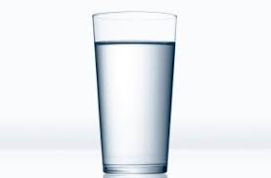 There is also much conflicting information about how much water we need to drink each day. Bottled water manufacturers jumped and have continued to jump at the opportunity to sell varied sizes and shapes of bottles to be carried everywhere at all times; a continual topping up. We have been told in the past that drinks such as coffee and tea don’t count in our fluid intake; now the opposite is said to be true. The fact that my mother lived healthily to ninety years old after drinking approximately 166,000 cups of tea and not so much as a glass of mountain spring water might back up the latter argument.

Before the lockdown, on my last London visit, I experimented on myself with regard to water intake. I drank a cup of tea and a glass of water before setting off on my day’s walking and observing and didn’t take a bottle with me. I had another tea mid-morning, then a glass of water at lunchtime. A tea, late afternoon, and water when I returned to base early evening. No headache, pee normal colour. Obviously if the weather is extremely hot it would be wise to top up a little more frequently, and this is often possible in cities where fountains are provided – which they should be everywhere.

The bottled water industry giants are clever in their marketing; the idea of continual hydration has crept in insidiously over the years, throwing aside environmental impact from the millions of tons of waste devastating the planet. To demonstrate just how much, here is some interesting information from the Guardian newspaper.

Imagine laying out half-litre bottles on the pitch at Wembley Stadium. You could fit 1.7m bottles on the grass, packed into a tight grid. Now imagine building up layers of bottles, covering the same area, to build a tower. To contain all the bottled water we buy each year, you would end up with a 514-metre skyscraper – 200 metres taller than the Shard.

Shops will continue to supply the one and a half billion plastic bottles being bought every day – which largely end up in landfill despite what manufacturers claim – while the demand is there. We can all act on a small scale to change this situation. Try the ‘drinking when the opportunity arises’ thing – Before you leave the house, at the office cooler bottle; ask for a glass when you have a coffee; take a glass with lunch, a glug from a park fountain, and/or carry a refillable bottle. 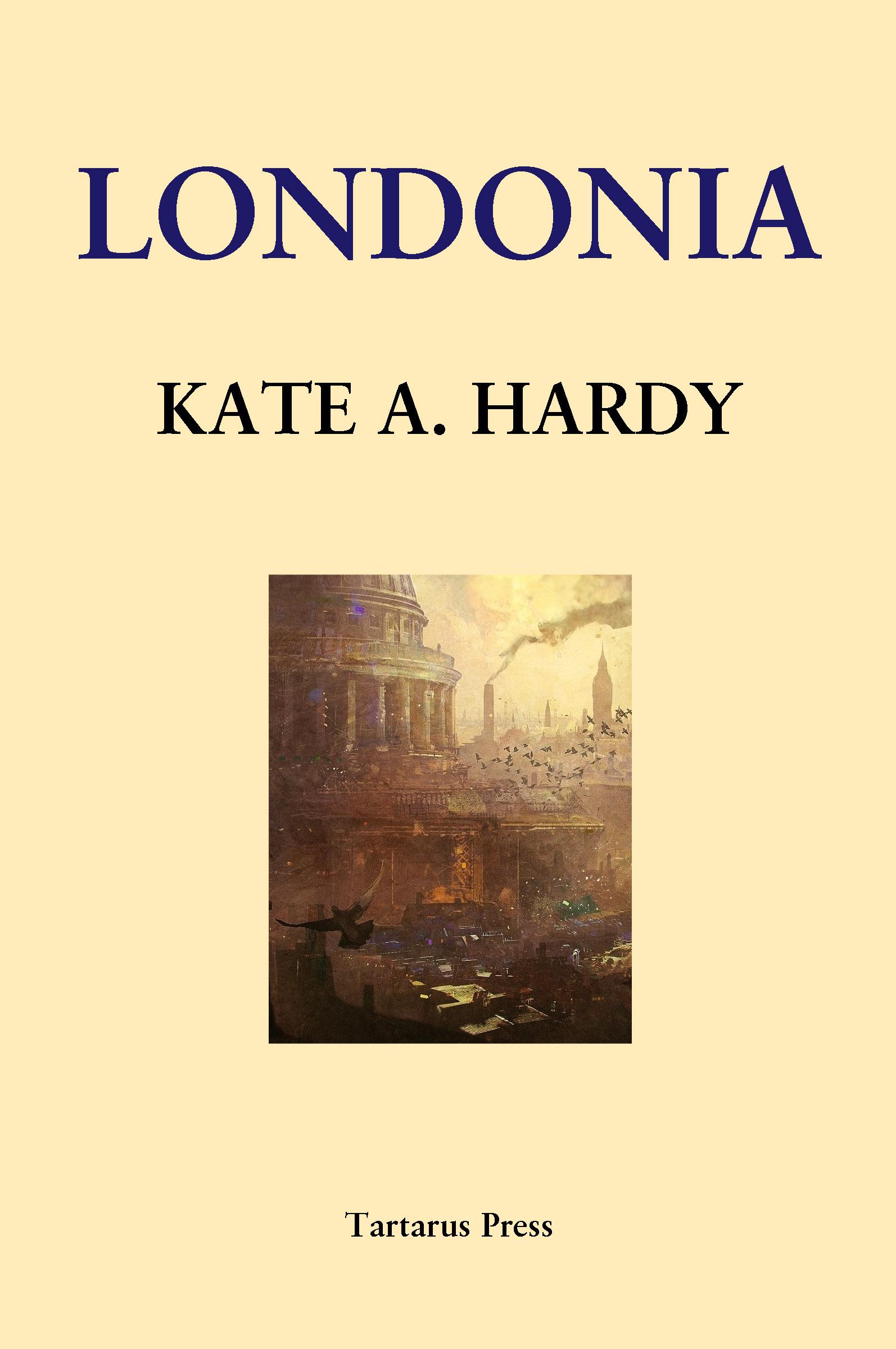 Kate A. Hardy’s new novel Londonia is set in post-apocalyptic London, 2072, which is described by the author as dyst-hopian - i.e. dystopian, yet offering hope. The book shows the more enlightened inhabitants of this broken, post internet and climate-ravaged society endeavouring to live more frugally, resourcefully and closer to nature. For more information re Londonia visit: www.kateahardy.com 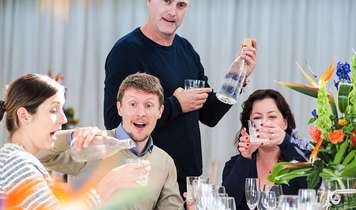 The partnership with WHOLE WORLD Water means the benefits are global