The Truth in Nutrition

As a combatives instructor for the US military (including the US Marines, US Army Rangers, and US Navy SEALs), as well as a former UFC fighter, I see the human body as a powerful machine with the potential for excellence in many areas, including strength, speed, stamina, and recovery. Until I got badly injured while training in 2011, I never thought this potential had much to do with food, which I saw mainly as just calories and protein.

But, unable to train for six months after my injury, I started researching the optimal diet for recovery and stumbled across a study about the Roman gladiators which concluded that they ate little or no meat. This seemed really far-fetched to me since I was confident that animal protein was necessary to build muscle, sustain energy levels, and recover from injury. So I flew to Austria to meet the researchers who made this discovery and left convinced that the gladiators — known at the time as Hordearii, or “the Barley Men” — really did train and compete on a plant-based diet.

This shocking discovery launched me on a five-year quest for the Truth in Nutrition, modeled after Bruce Lee's Truth in Combat philosophy: "Research your own experience, absorb what is useful, reject what is useless, add what is specifically your own.” Beginning with this mindset, I put every preconception I had about nutrition to the test, traveling to four continents to meet with dozens of the world’s strongest, fastest, and toughest athletes, as well as leading experts on athletics, nutrition, and anthropology.

What I discovered was so revolutionary, with such profound implications for human performance and health — and even the future of the planet itself — that I had to share it with the world. — James Wilks 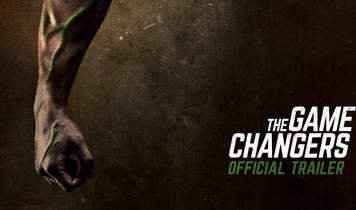 Perfectly kept gardens don't bring you closer to nature, quite the opposite. Here's why the lawnmower must die By Compassion in world farming

How to turn the food system around - for humans, animals and the planet