Let Live is a new book by John Madeley about a bike ride in Africa, climate change and the CIA.

by John Madeley Over the last two decades, I have visited a number of countries in West Africa as a journalist, and seen for myself the effects of climate change on the poor. I think of a visit to Senegal, when an agriculturalist took me deep into the Sahel. He wanted to show me two villages, although the first one was a village no longer. “There used to be a village here”, he said, as I surveyed a barren scene; “over a thousand people lived here. Now there is nothing, not a stick left, nothing but a disused well and neem trees. People could no longer survive here. Those neem trees -- the village was originally built around those trees. They’re great trees, virtually every part of them is useful. The villagers left some years ago because the climate has become so inhospitable they could no longer survive. The rains had failed, the crops had withered, their animals had died. They took everything with them, or came back later for them - their houses, everything. Nothing was wasted. Their poverty meant that every scrap of metal, of wood, whatever, had to go with them.” We travelled on to another village. Here there was life. I was told that until recently about 400 people lived here, but now only a hundred remain. The problem, the village headman told me, is water. “Gradually lower rainfall, over the last ten years, has left us with not enough rain for the crops or our livestock. There is not enough food, not enough water for people to drink”, he said. Two villages in one country - part of a vast problem. It seems that several thousand people people a day are abandoning from their homes because of climate change they did nothing to cause. Some return but many are not so fortunate. And it’s the poorest who are suffering the most. They have little or nothing in reserve. Villages like this made me realise the importance of us in developed countries reducing our carbon emissions. They encouraged to write a novel which draws of my experience of meeting people in Africa affected by climate change. “Let Live; A bike ride, climate change and the CIA” was published in October 2011* and is the first major novel about the human side of climate change. Told through the eyes of an environmental journalist on a bike, I have combined drama and pathos with wit and humour to make a powerful story. Riding through West and East Africa the cyclist meets people who have been forced from their homes because of the climate change that Western country carbon emissions are largely causing. He writes critical articles about the West’s failure to curb carbon emissions, and is especially damning of United States policy. The US, he points out, is invading the sovereignty of other countries. All this takes him into a world of the CIA, a corrupt cop, a festering police cell, kidnapping, a planted seducer and seedy hotels. “Let Live: A bike ride, climate change and the CIA”. ISBN: 0780956834416; 240 pages. £8.99. Also available on Amazon Kindle. Comments on “Let Live”: “A fascinating read, bringing out many poignant issues and experiences, amidst a gripping story line” - Jeff Alderson “Entertaining, sharp, penetrating, an incisive account of the damage that climate change is doing to the poor. A searing indictment of the policies of Western country governments. Read it....and demand action” - Caroline Lucas MP “The story is action-packed and really easy to get drawn into. The personal reflections of the characters are very appropriate and the story could easily be made into a blockbuster film” - Jo Abbess “Really thought provoking and makes you immediately feel like you want to help” - Carolyn Thomas. John Madeley is the author of eleven books on development issues, including the best-selling “Hungry for Trade - How the poor pay for free trade”. “Let Live” is his second novel. web: www.johnmadeley.co.uk Also check these on climate change in Africa: Hosepipe to the Brain here How Deep Is Your Love? here 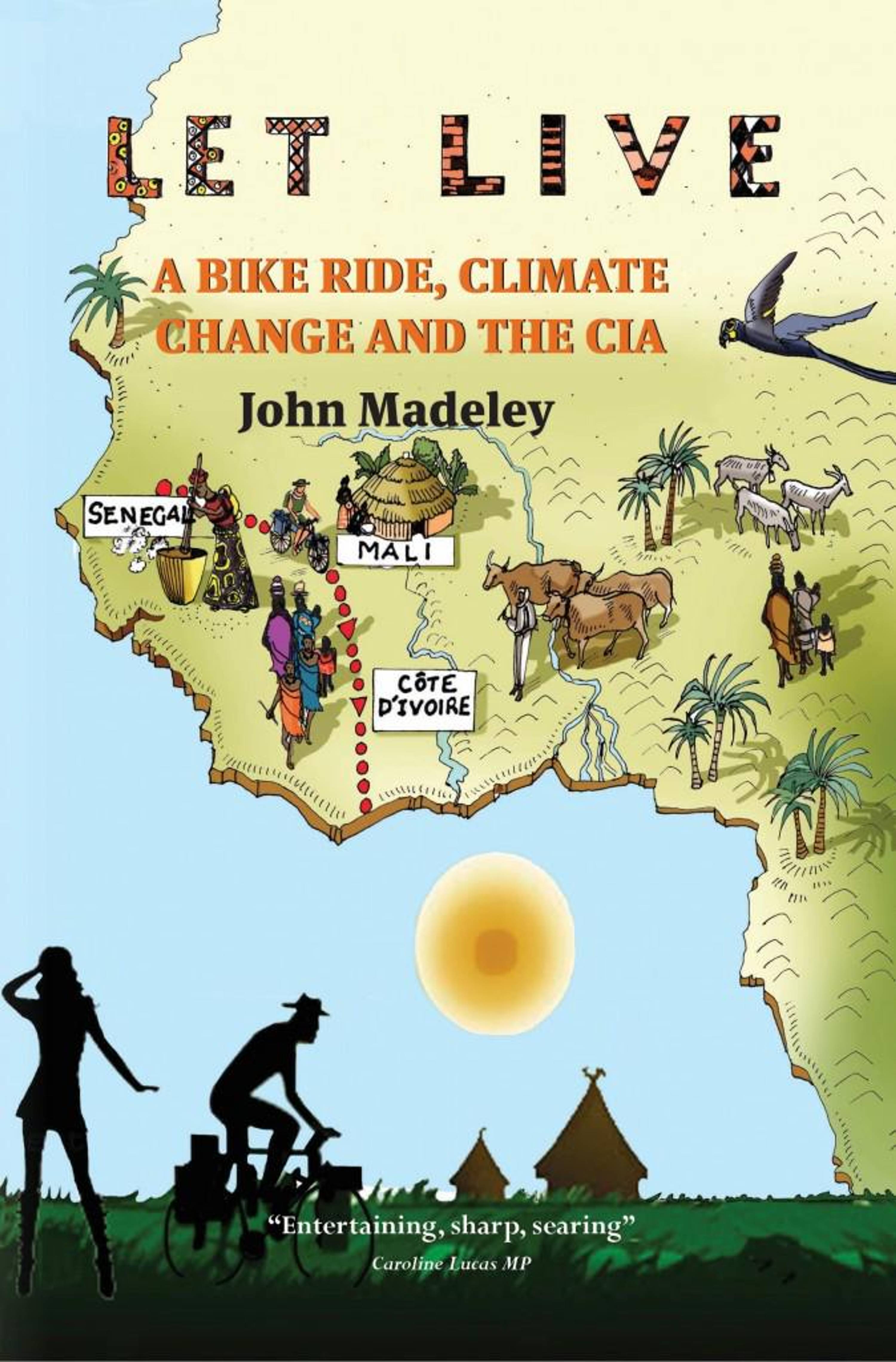