4 ways to pay down our debt 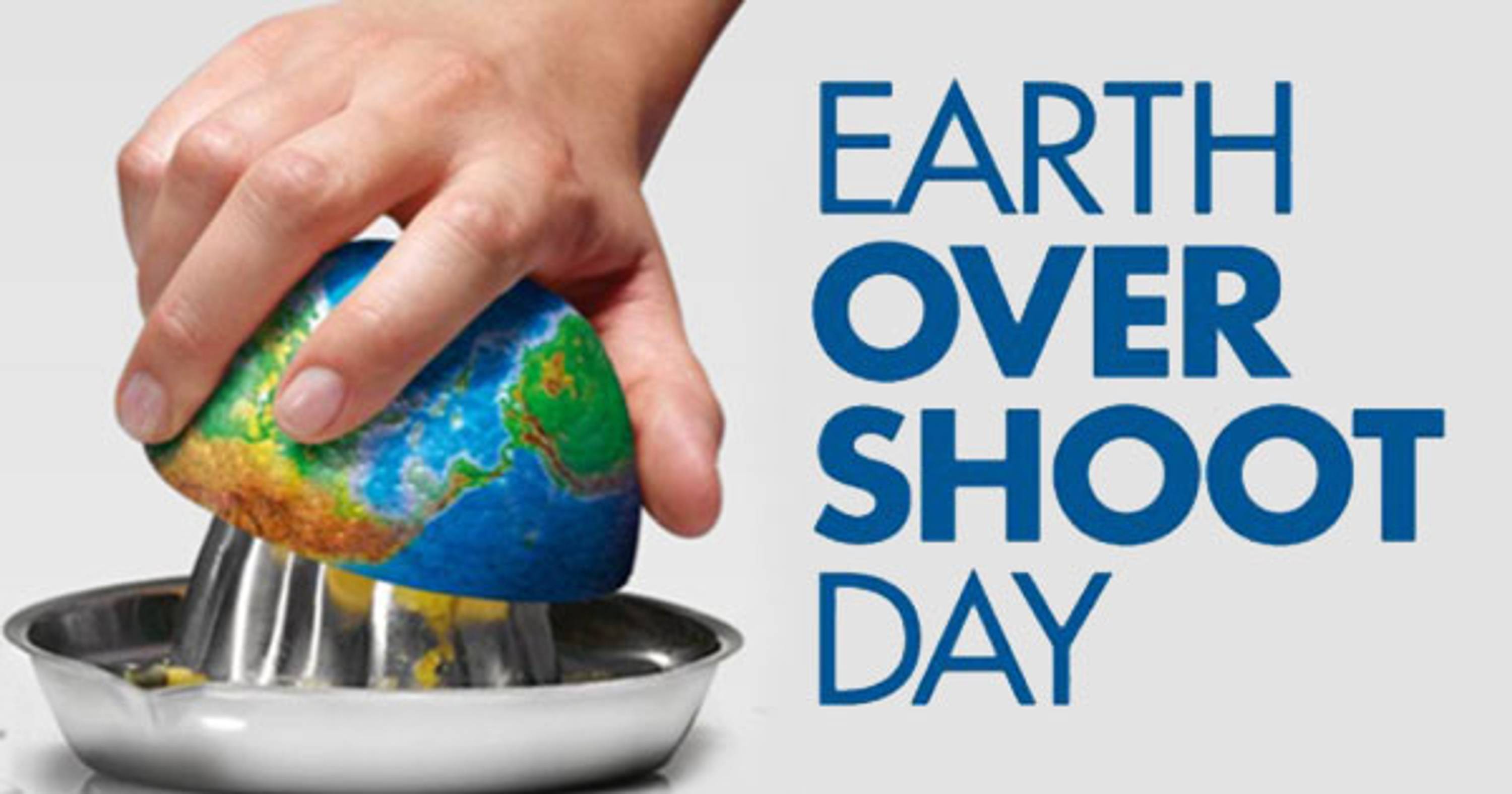 Earth Overshoot Day marks the point at which humanity has used up all of Earth’s bounty for the year. This year it falls on August 8th. For the remaining 5 months of 2016 we will be eating into Mother Nature’s capital. That capital is what provides next year’s bounty and beyond. It’s the mature fish who can give us the next generaton of fish, the trees that provide fruit, oxygen and flood defences, the living soil to grow food. So for the next 5 months we’re taking what isn’t ours, what belongs to the Earth and to future generations. In the process we’re making every living thing, ourselves included, poorer. In other words, we owe Earth big time. In 1987 Earth Overshoot Day was 19th December, and by 2000 it was November 1st. You might think that with growing concern about the environment we would have started to reverse the trend, but in fact every year the date has got earlier because humanity as a whole has been using more and more of the Earth’s resources. It would be a grim picture if not for the huge cultural shift that is taking place all over the world. Just as the mass media ignores the problem, it also ignores the vast movement of people who are bringing about positive change. Having said that, there are a lot of recommendations out there for how individuals can “make a difference” which frankly don’t make much difference, because they don’t challenge the problems at the heart of the Earth-eating system. Here’s 4 things you can do which really can change things: 1 Grow Your Own Food The revolution will not be televised because there’s only so many time-lapse films of allotment-grown courgettes a person can take. But the fact is that on average, diet is the biggest part of a Western person’s carbon footprint. It also ties us into dependencies on big business and encourages the privatisation of life itself by big business. Growing your own, on whatever scale you can manage, is a truly revolutionary act. And it’s so darn rewarding! 2 Get Active The biggest lie that keeps us on track to wipe out life on Earth is that everything is down to individuals making different consumer choices. History is even sometimes represented as the story of individual heroes taking on the Powers that Be – yet Mandela, Sylvia Pankhurst, Revd Dr Martin Luther King and all the others were part of movements of millions of people who were prepared to take personal risks to bring about change. Join Friends of the Earth, your local Frack Free group, Earth First! or Greenpeace and you really will give life on Earth a better chance. 3 Travel Slow “What’s the point of saving the world if I can’t go and see it!” Well, I can think of a few reasons, (hope, long life, affordable food…) but still, we should be excited about the diversity and breathtaking beauty of our amazing planet. Problem is the tourist industry is set up to get you from your own exploited, hellish existence at point A to some other exploited worker’s hell at point B as fast as possible by burning fantastic amounts of fossil fuel. So go by train. Go by bike. Ditch the shit job and hitchhike. Meet people on the way. Let your mind be blown by the journey as well as the destination. 4 Get Out of Debt The whole Earth-eating system is driven by debt. If you really want to stick it to the Man, the thing he hates most is people who owe him nothing. That’s why he’s made it so debt is really, really hard to avoid. Then he can force you into a job you hate, and get you watching adverts and “news” to fit in with all his other slaves. That way you keep buying stuff he can use to exploit you and destroy the biosphere. However, a mentality that’s all about growing as a person rather than accumulating material wealth will allow you to avoid, minimise and eradicate debt much more effectively than people who are only interested in wealth and status. On Earth Overshoot Day, we raise awareness of the colossal Debt we owe Earth. What better way to mark it than to pledge to set yourself free from the personal debts that are fuelling our collective Debt? Then see what you can do with the freedom! Matt Carmichael is a teacher, writer, dad and activist. He is co-author, with Alastair McIntosh, of Spiritual Activism on Green Books.