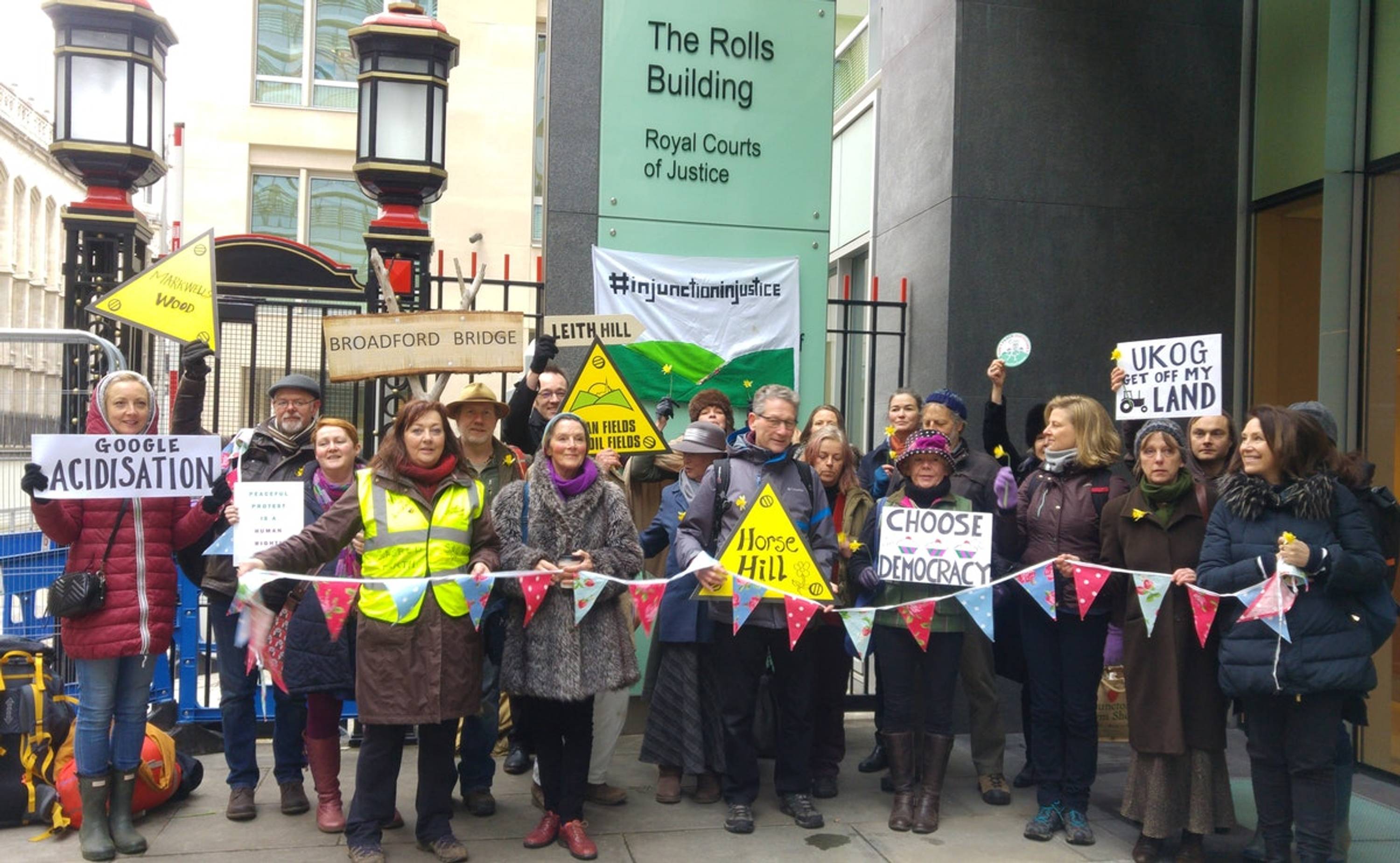 The Weald Action Group in action

The Weald Action Group – an umbrella organisation for those opposing unconventional oil and gas exploration across South East England - has launched a Crowd Justice fundraising appeal to challenge a proposed legal injunction which aims to stop protests against UK Oil and Gas (UKOG) company’s exploration sites. The appeal was launched as UKOG, a company listed on the “Alternative Investment Market”, held its Annual General Meeting in London. Six local residents from across Sussex and Surrey have put their names forward as defendants in the potential injunction which has been condemned as ‘draconian’ and a ‘threat to human rights.’ The Weald Action Group has secured top-class legal representation to challenge the injunction which was sent back to the drawing board by a High Court judge on March 19th for being too ‘far-ranging’ and the Crowd Justice appeal will aim to pay for this representation. UKOG have revised their initial draft injunction but many elements that would severely restrict the right to legitimate protest and attempt to control activities on public highways remain.

The new draft for example still proposes that campaigners would not even allowed to ‘watch’ the activities of the company and its suppliers. Another company, INEOS has similarly sought to restrict protests against its operations in the North of England.

Launching the fund-raiser WAG spokesperson Lorraine Inglis said: “This type of injunction is draconian and counter to the right to assembly and the right to freedom of expression. There is already criminal law to deal with any unlawful activities, and this injunction should have no part in defining what is legal and what is not. It is a blatant attack on our human rights. If this injunction is granted it could also serve as a precedent for other companies. It should be fiercely resisted which is why we need to raise funds for our legal costs to fight this.”

Brenda Pollack, Friends of the Earth South East campaigner said: "We strongly support the stance taken by local people opposing UKOG’s attempt to use the law to stifle valid means of showing concerns about oil exploration. This proposed injunction is a serious attack on the rights of local people to protest and campaign against dirty fossil fuel operations.”