A Brief History of Neoliberalism by David Harvey 1/5

Neoliberalism - the doctrine that market exchange is an ethic in itself, capable of acting as a guide for all human action - has become dominant in both thought and practice throughout much of the world since 1970 or so. Its spread has depended upon a reconstitution of state powers such that privatization, finance, and market processes are emphasized. State interventions in the economy are minimized, while the obligations of the state to provide for the welfare of its citizens are diminished. David Harvey, author of 'The New Imperialism' and 'The Condition of Postmodernity', here tells the political-economic story of where neoliberalization came from and how it proliferated on the world stage. While Thatcher and Reagan are often cited as primary authors of this neoliberal turn, Harvey shows how a complex offorces, from Chile to China and from New York City to Mexico City, have also played their part. In addition he explores the continuities and https://youtu.be/PkWWMOzNNrQ?list=PL7DF8BF7358CD4ED5

Question: Why did you write Shock Doctrine? Naomi Klein:It came out of reporting that I was doing in Iraq after the invasion the first year of occupation. But I guess it dates back earlier than that. I happen to have been in Argentina making a documentary film when the war in Iraq began. And it was a really amazing time to be in Latin America. This was 2002, 2003. And this was, I guess, the beginning of what we now think of as this pink tide that has swept Latin America. But it was a moment in Latin American history -- certainly a moment in Argentinean history -- where the economic model that Latin Americans call neo-Liberalism, Americans call the free market. But these policies of privatization; free trade . . . the so-called free trade deregulation in the interest of corporations; deep cuts to social spending; healthcare and education cuts; things like that, in Argentina they actually just call this "el modelo" -- the model. Everybody knows what the model is. It's the so-called Washington Consensus. It's the policies that have been imposed on Latin America first through military dictatorships, then as conditions attached to loans that were needed during economic crises . . . the so-called "debt crisis" of the 1980s. When I was in Argentina the model was collapsing, and Argentineans overthrew five presidents in three weeks. So it was this moment of incredible tumult and political excitement because people were trying to figure out what would come next. But it went beyond Argentina. In Bolivia they hadn't yet elected Evo Morales, but they had these huge protests against water privatization. And Bechtel had just been thrown out of Bolivia. And in Brazil they had just elected Lula. And of course Chavez was already in power in Venezuela, but he had successfully overcome a coup attempt. He had been brought back to power. So there were all of these things going on in Latin America that were all connected in this rejection of this economic model. So to be in Latin America when the invasion of Iraq began was a really unique vantage point from which to watch the war. I'm very grateful to have had that experience to have been able to watch that through the eyes of my Latin American friends who saw the war so differently from . . . from the way it was seen, I think, by so many of us in North America. They saw a real connection between their rejection of these economic policies and the fact that the same economic program was being imposed in Iraq through tremendous violence. And you really saw and felt those connections in Latin America. You know Bechtel just thrown out of Bolivia suddenly shows up in Baghdad with the exclusive contract to rebuild their water system. And what it felt like was that . . . was that there was a change going on; that this model that had been imposed coercively though peacefully through the International Monetary Fund, through the World Bank, through the World Trade Organization -- that that wasn't working anymore. People were rejecting it that the legacy of these policies.

"Every society needs myths to live by. Ours is economic growth", Tim Jackson This presentation offers an analysis and a narrative of the emergence of one school of thinking about the economy (neo-classical economics and especially its neo-liberal incarnations in policy) and how it has 'crowded out' rival accounts of economics and become the hegemonic and authoritative 'regime of truth' about economics, what the economy is and how it should organised. The presentation will contextualise this critical analysis of modern economic thinking in terms of the successful, ideological and deliberately managed 'sleight of hand', which has seen a crisis of banking in the private sector become politically transformed into a crisis of public debt under the new 'regime of austerity' and welfare cuts. It begins from the child-like question: if we encourage and expect alternative discourses and perspectives on how to organize the polity, why then when it comes to the economy would be expect anything less? 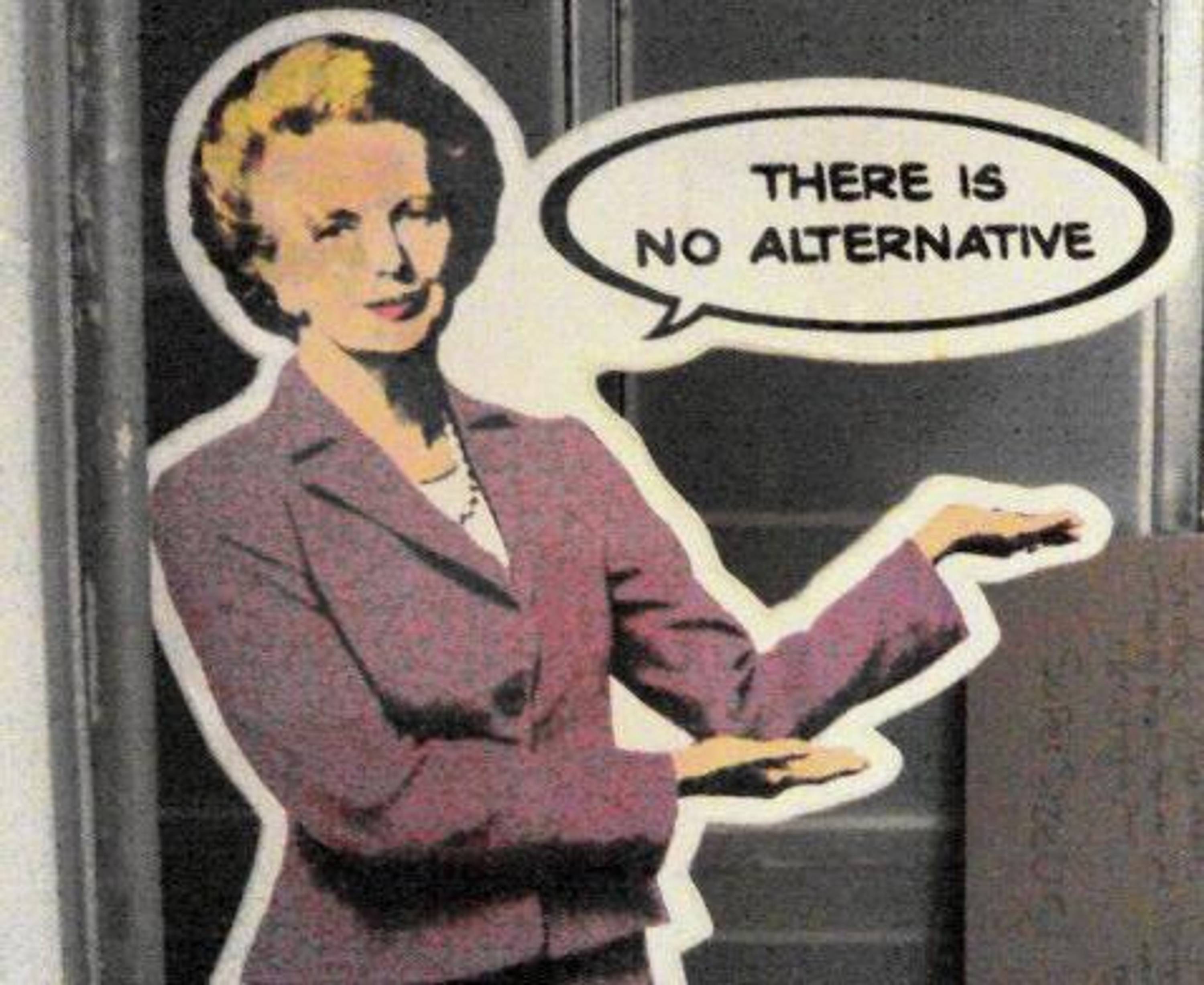 Taking up Foucault's insight that 'economic growth' is neo-liberalism's 'one true social policy' (Foucault, 2008: 144), the presentation will, from a green political economy perspective, argue that as well as having a whole range of regressive and profoundly negative social consequences (ranging from corrupting democratic politics and communication, undermining active citizenship and reconfiguring the state to align with 'market fundamentals'), this dominant form of economic thinking is also locking us into an unsustainable and indeed ecocidal forms of economic development. Revealing the ideological and mythic characteristics of modern economics, with detours outlining how university courses in economics have effectively become ideological indoctrination (in that neither the history of economics as a discipline nor the variety of theories of economics available), and the failure of this dominant economic account to rethink some of its basic premises on account of the current global economic recession (including its failure to predict it or build resilience into the economic system to cope with shocks for example), the presentation will suggest that it is only in seeing modern hegemonic economics (and all alternatives) as forms of political economy, can we begin to construct more progressive, ecologically sustainable and socially just accounts of how the economy should be defined, ordered and constructed. In conclusion the presentation will offer some ideas about alternative political economies and why we need new myths to live by. This presentation is based on my recent book, The Politics of Actually Existing Unsustainability: Human Flourishing in a Climate Changed, Carbon Constrained World, (2012, Oxford University Press).' Further information about Dr Barry, and his research interests, can be found by clicking here