The Water Protectors at Standing Rock captured the world’s attention through their peaceful yet tenacious resistance blocking the Dakota Access Pipeline. What began as a local protest has turned into a global movement. A new film - AWAKE, A Dream From Standing Rock - captures the story of Native-led defiance that has forever changed perceptions of the fight for clean water, our environment and the future of our planet.

Doug Feather and William Hawk Birdshead, who made the film with Academy Award Nominated Director Josh Fox (Gasland) and Executive Producer actress Shailene Woodley (Divergent, Snowden), will speak at Glastonbury Festival and explain why an unprecedented new coalition of indigenous groups are raising the ambitions of civil society and taking the rights for sacred lands to a new global audience. [caption id="attachment_9799" align="aligncenter" width="714"] 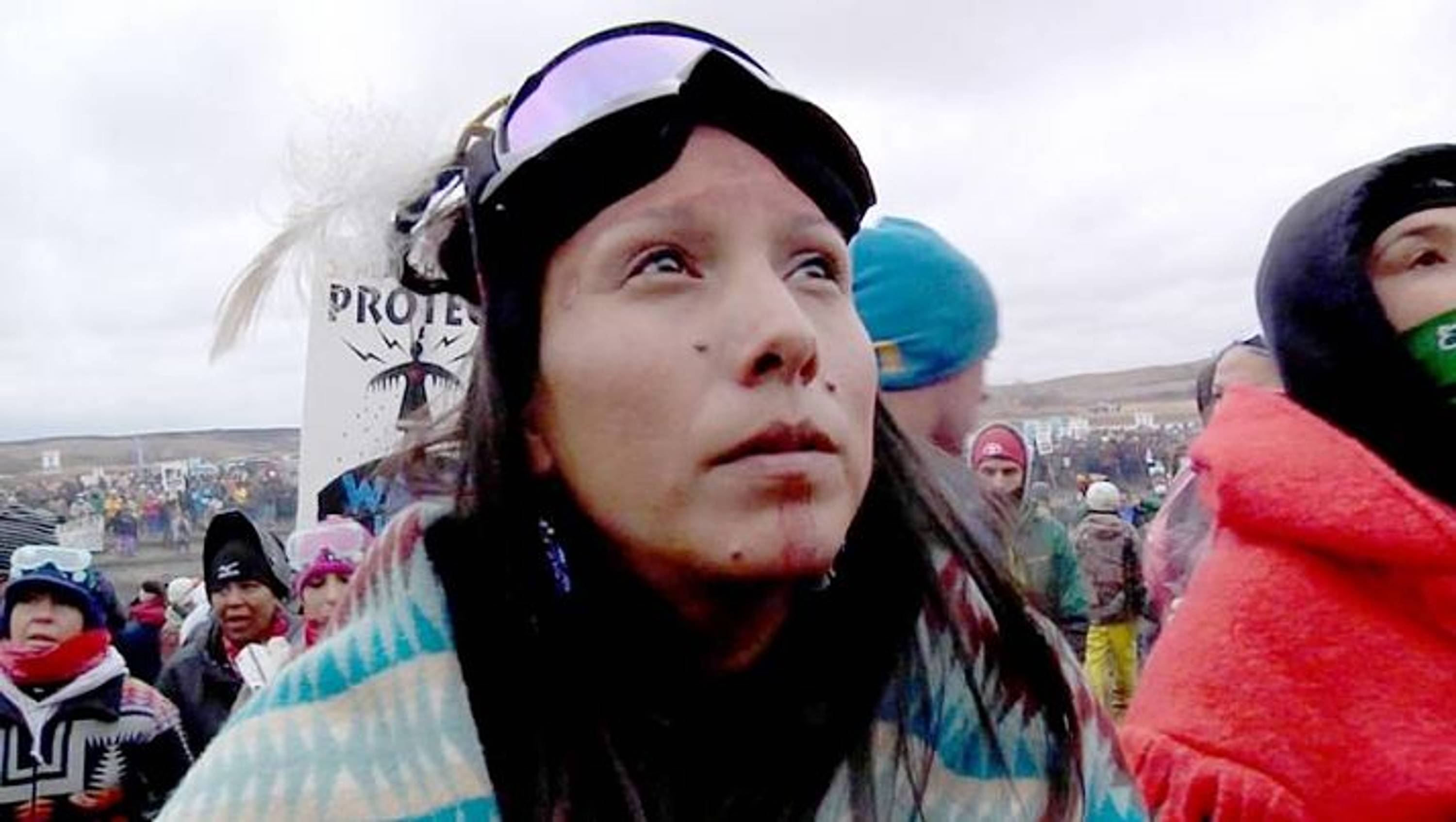 Floris White Bull at Standing Rock[/caption] They are speaking at the festival on Saturday at The Common Temple Talks before the screening at 18.30 on the Ancient Futures stage in the Tipi Field. Their participation and the festival is part of a wider UK tour with other talks and screenings (please see below). To book tickets and find out more go here.

Last summer, the standoff between a broad coalition of North American Indigenous groups, and a highly militarised police force driving corporate interests across sacred lands, became one of the most watched places on Earth. This iconic struggle made clear the violence and injustice inherent in the increasingly aggressive push of corporations to secure and sell harder-to-reach fossil fuel reserves. The indigenous filmmakers now invite citizens, the world over, to link up in a gathering of all races and all faiths to protect the natural world before it is too late. Glastonbury Festival has pioneered support for environmental causes and invites spiritual leaders to bring important messages to the crowds. In 2015, His Holiness the Dalai Lama spoke at the festival saying:

“... we need to promote a greater awareness that we are all human brothers and sisters, that we belong to one human family.” He went on to receive a rapturous welcome at the Pyramid Stage where he blessed 60,000 revellers.

In 2016, Illumina Studios & Media, a london-based production company that makes consciousness raising films to help instigate change, helped bring six of the Dalai Lama’s Gyuto Monks of Tibet on the "Pure Sound" Tour to the festival where they chanted and also blessed an enormous crowd.

The studio is responsible for Candlelight Cinema - pop up events that bring people together for inspiring evenings of film. This year they are hosting a series of film screenings at the Ancient Futures Stage at the festival where the makers of Awake will address the crowd. Studio Founder and Producer Jean-Paul said:

“Glastonbury is the biggest music festival in Europe and they have an appetite to share new stories. Alternative media has the power to tell stories in a different way that is unusual, truthful and heartfelt - that connects to the deeper themes of what is present and emerging in the world. This is an opportunity to connect with a vital new movement standing up for all of our rights - especially for earth and water. Young people are increasingly receptive to messages of environmental responsibility and to being of service and making a positive contribution as a path to find in one’s life.”