The Adventures of Alexander von Humboldt, the Lost Hero of Science 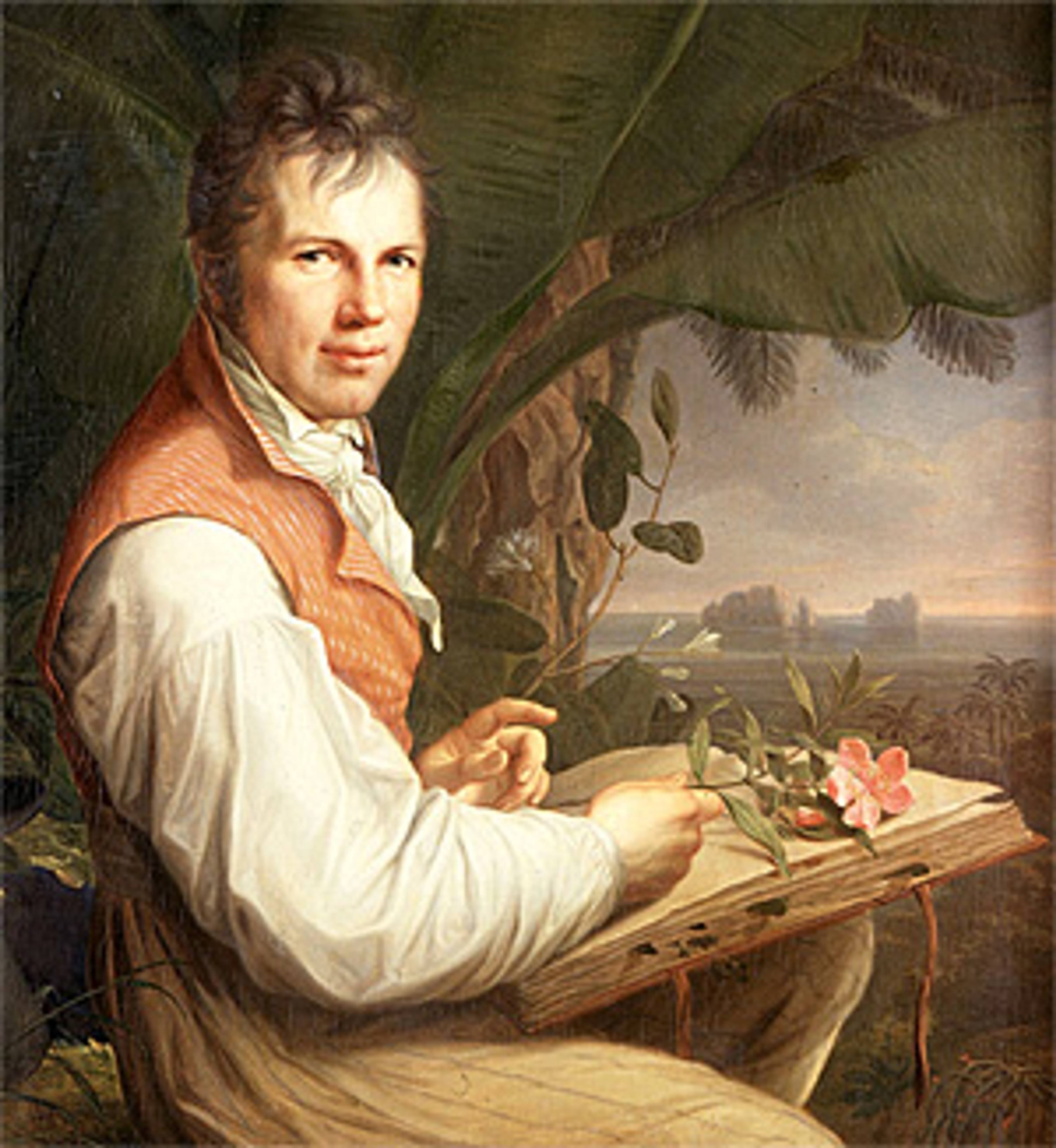 Alexander von Humboldt (1769-1859) is the great lost scientist. More things have been named after him than anyone who has ever lived – towns, rivers, mountain ranges, a penguin, a giant squid and even the mare Humboldtianum on the moon. He inspired generations of thinkers and writers – Darwin set sail on the Beagle because of Humboldt, Napoleon was jealous of him and Captain Nemo in Jules Verne’s famous Twenty Thousand Leagues Under the Sea owned all of his books. Yet today he is almost forgotten.The Invention of Nature (Costa Shortlisted 2015)

brings this remarkable man back to life. Humboldt predicted human-induced climate change (in 1800!), discovered similarities between climate zones across the world and invented isobars on weather maps. He predated James Lovelock’s Gaia theory by 150 years when he described the Earth as a living organism and his writing sparked revolutions throughout South America. Award-winning historian Andrea Wulf takes us on a fantastic voyage in his footsteps, whether racing across anthrax-infected Russia or mapping tropical rivers alive with crocodiles. The Invention of Nature shows how his life and ideas revolutionized science, conservation and preservation, nature writing, politics, art – and why they remain so important today. Humboldt’s influence on others: