“We have learned that it is not enough to define utopia, nor is it enough to fight against the reactionary forces. One must build it here and now, brick by brick… We sincerely believe that there is no future that is not built in the present.” Occupy London Stock Exchange[/caption] When London rioters rioted and Occupy Wall Street protestors occupied, time and time again, incredulous journalists, snapping at the heels of their temerity, would scoff: ‘So what’s your programme? What do you propose? How would it look?’ And, more often than not, this intentionally terse line of rhetorical questioning derails the receiver, and the revolutionary media moment is smothered. Perhaps the most well-known recent example of this was when the normally loquacious Russell Brand sidestepped these questions in his showdown with Paxman, and as a result was summarily dismissed by mainstream media for his inability to provide a viable alternative beyond the need for a revolution. If only he’d handed Paxman a copy of Dan Hancox’s The Village Against the World, published in the same month as the interview, and said “How about Marinaleda Jeremy? They’re doing things a bit different, and you know what, it seems to be working!” Marinaleda. A small village in the Andalusian region of southern Spain that has held out as an island of Asterix-like defiance in a sea of Spanish and Western European capitalism that has done so much harm to so many, particularly since the onset of the Great Recession. A staggering 400,000 Spanish families have been forcibly evicted from their homes by mortgage lenders since 2008 and a further 20,000 are estimated to be living on the streets. Contrast this with the situation in Marinaleda, where the majority of houses are beyond the clutches of speculators. Owned by the local village cooperative, no-one has the opportunity to accumulate capital on the properties, and thus to speculate on and profit from the housing market. These three-bedroomed houses are designed and constructed by residents using materials and architectural support provided for free by the regional government, and come with 100 square metres of outdoor space. The houses require no down payment, and have mortgage repayment rates of just 15 Euros a month. It’s hard to imagine forced evictions taking place here. Workers at the farming cooperative in Marinaleda

Any thoughts on that, Jeremy? Along with the forced evictions, unemployment remains at 27% and a crushing 55% for those under 25. What would happen though, if you make society’s primary organising principle the maximisation of jobs, and not profit? This is how the village cooperative in Marinaleda operates. Any financial surplus created by the co-op is reinvested to create more jobs. Labour intensive crops such as tomatoes and artichokes are intentionally preferred to less labour-friendly alternatives. The result of this simple switch in priorities is an unemployment rate in Marinaleda since 2008 that hovers around 5%, compared to 40-50% in the surrounding Andalusian region. So Jeremy. How does that sound to you? And it doesn’t stop there. Workers at the village cooperative earn more than twice the Spanish minimum wage, and can pay just 1 Euro for plates of tapas, coffee, beer, or a glass of wine at the local bars and cafes (alongside their 15 Euro a month mortgages). Computers and Wi-Fi internet access are freely available across the village. There are leisure opportunities and facilities equal to a village five times its size. Crime is so low – partly because the community is so tight-knit - that there are no police. Weekly assemblies open to all residents run the village through simple ‘hands up’ voting, taking decisions on issues from the town council budget and taxes to when and what kinds of crop to plant in the fields. Of course, it’s not all roses, and the book doesn’t shy away from the tackling the complexities, such as the younger generation’s desire to leave the fields and seek a brave new world elsewhere in Spain, Europe, or beyond. Or the political opposition who feel marginalised and outcast by many of the villagers. Yet Marinaleda has and continues to follow Spanish electoral law to the letter, and its victories have all been won through democratic means. The Collective for the Unity of Workers, the ruling anarchist party in Marinaleda (to the left of Spain’s communist party), has continually won elections since its inception in 1979 following the end of the Second Republic. Opposition parties exist; they just haven’t managed to win an election in more than 30 years. High salaries, low cost of living, low unemployment, direct democracy, and a close community. Sounds pretty good, right? How can we get in on the action? This is the sticky part; through solidarity and struggle. The people of Marinaleda have engaged in decades of political organisation and non-violent resistance (grounded in Gandhian pacifism and philosophical anarchism), during which “they occupied airports, train stations, government buildings, farms and palaces; went on hunger strike, blocked roads, marched, picketed, went on hunger strike again; were beaten, arrested, and tried countless times for their pains.” They have fought long and hard for their victories – most notably forcing the Spanish government to expropriate 1,200 hectares of the Duke of the Infantado’s fallow land, which has since become the cooperative’s fertile farmland - and the struggle never stops. The book’s underlying but unspoken message is that if we want to see progressive change in our lives and in our communities, we will have to do the same. It’s not enough to dream. As Sanchez Gordillo, the village’s charismatic mayor, has put it: “We have learned that it is not enough to define utopia, nor is it enough to fight against the reactionary forces. One must build it here and now, brick by brick… We sincerely believe that there is no future that is not built in the present.” Ultimately, if we don’t actively engage in the world, then someone else will build it for us. And currently, the guys working the cranes have already taken us beyond three of the nine planetary boundaries that must not be crossed for Earth to support human life. But the cranes’ foundations? They belong to us. They are us.

The Village Against the World is a timely reminder of what can happen when people come together with a common purpose to instigate change, as well as a powerful antidote to the capitalist-realist propaganda emitted by establishment journalists. It's time to join the village and shake things up, before Gaia finally has a gutful, and shakes us out. Author Ben Radley is a researcher and activist currently affiliated to the ecosocialist working group of SolidaritéS, a political party in the French-speaking region of Switzerland. He recommends the following as examples of actions we can all do to help create change in the world (tack on your own in the comments section below): 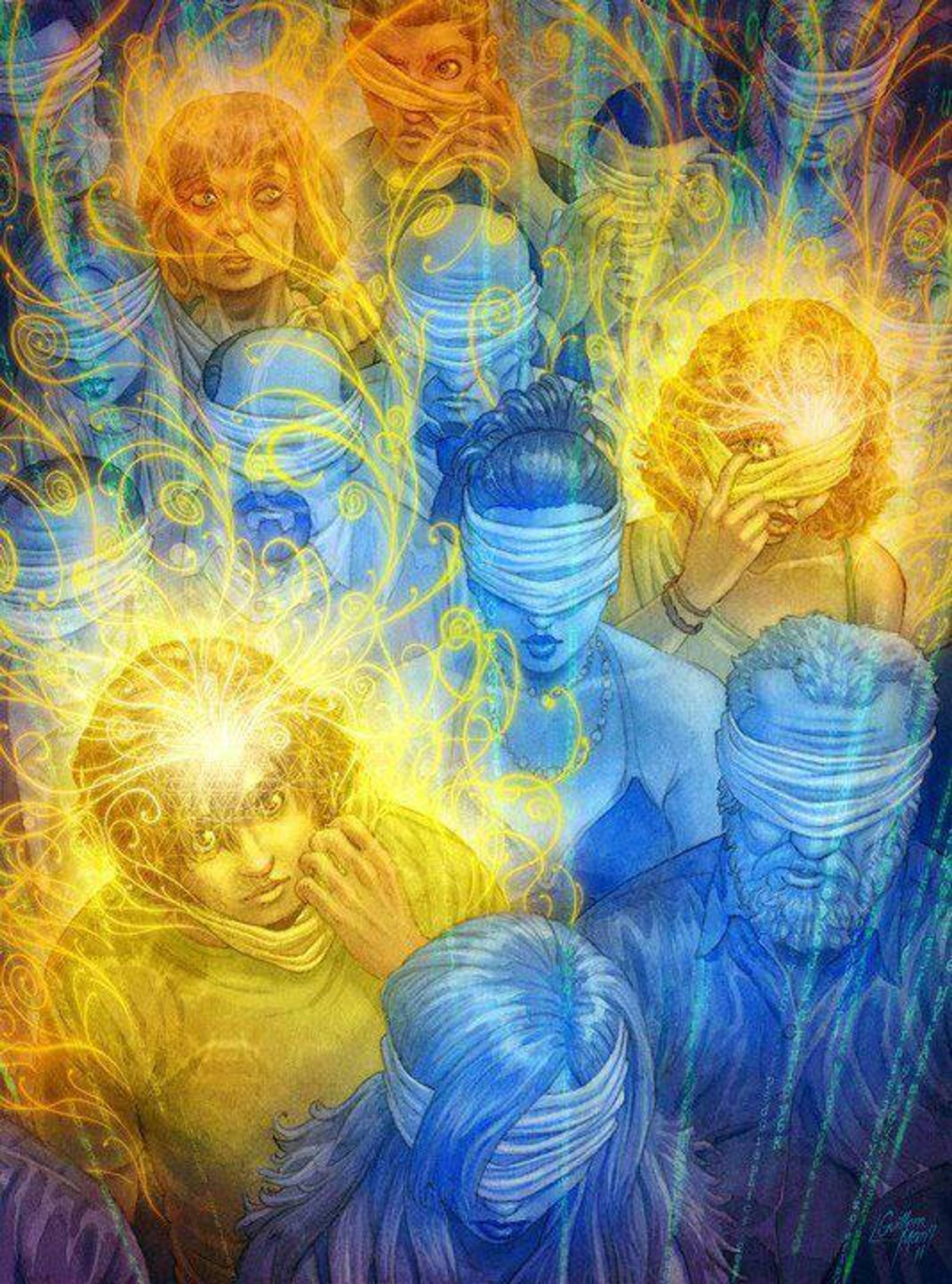 5 reasons to be cheerful about the future of British farming