By Robbie Lockie Gourmet Burger Kitchen has been inundated with complaints and widely parodied after a new advertising push badly backfired. On Friday 14th January 2015, one of the offending adverts surfaced on one of the UK’s largest vegan Facebook groups. The ad showed a picture of a young cow isolated on a large grey background, above where the words in white “They eat grass so you don’t have to..” Other adverts shared were titled “You always remember the time you gave up being a vegetarian...” A third had an image of a large burger, titled “Vegetarians, resistance is futile.” It didn't take long before more adverts started to surface with more direct attacks on vegetarian and vegan lifestyles. Naturally, many in the group were outraged by the adverts, and took to Facebook and Twitter pages to voice their concerns. After a short time, thousands had joined in swamping the company. Some creatives then got involved creating alternative adverts directly challenging the tone and attitudes of GBK. 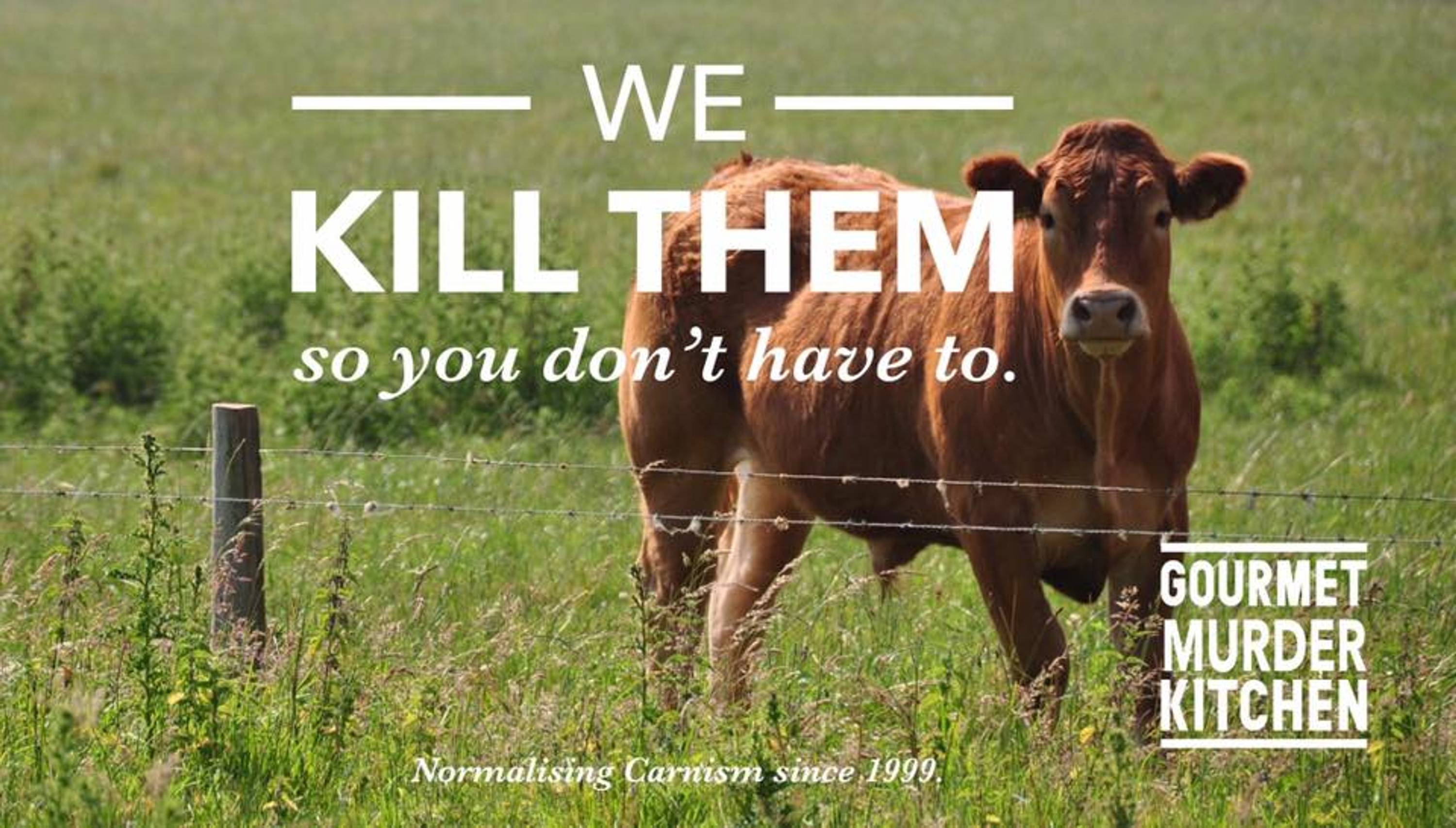 When confronted about the nature of their advertising the company gave the following statement “We love our customers, and we especially love our veggie burgers. We’re just channeling our inner-carnivore a little this January in a you-can’t-be-serious-no-we’re-really-not-serious way. Still plenty of room (and burgers) for the herbivores out there.” Their attitude seems badly out of touch. Not least because it is Veganuary. This new phenomenon to drop animal products for a month has seen a massive surge in popularity with 22,000 involved this year an almost 2650% increase from its start three years ago. Rapidly increasing numbers of people are realising that whether you come at it from the viewpoint of compassion for animals, environmental sustainability or personal health - veganism and vegetarianism are positive lifestyle choices. Is it appropriate for a corporation to single out and make fun of a minority group on public transport? Are you vegan or vegetarian? Were you offended or insulted by this campaign? Veganism is protected as a human right under Article 9 of the European Convention for the Protection of Human Rights. Anyone concerned should complain to the ASA, the Advertisers Standards Association of the UK. If enough complaints are received the adverts will be removed from general circulation. GBK now have 60 restaurants across the UK. Given the enormous contribution of beef** to climate change it might be time for the company to change tack and communicate something more positive than the derision of people taking action to reduce the potentially massive impacts of their diets. ** A kilogramme of beef protein reared on a British hill farm can generate the equivalent of 643kg of carbon dioxide. A kilogramme of lamb protein produced in the same place can generate 749kg. One kilo of protein from either source, in other words, causes more greenhouse gas emissions than a passenger flying from London to New York. Source - The Guardian