People living in Muchelney, Somerset, probably never expected to see Prince Charles being pulled through their village by a tractor. But there he was: sitting atop a wooden bench fastened to a trailer towed to view a submerged local farm. That was six years ago, when the Somerset Levels last suffered severe flooding. But with the region already flood-prone and global heating making flooding in the UK more intense - particularly in coastal areas where storm surges and heavy rainfall can combine to make things worse - this flat, low-lying area needs working solutions to become less vulnerable to inundation. 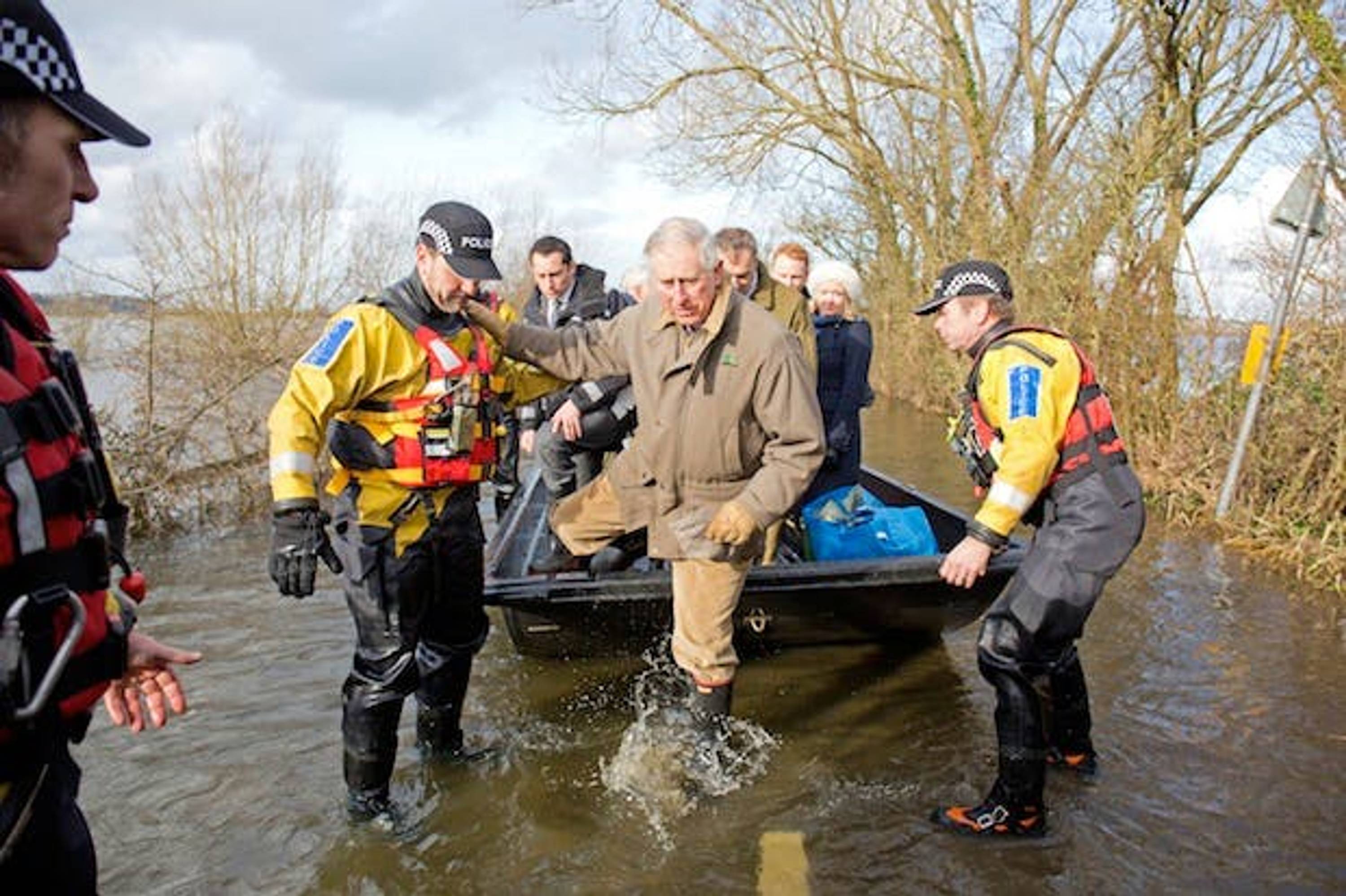 After the success of a trial reintroduction in Devon, beavers, once widespread throughout the country, are gaining attention as a way to mitigate flooding as well as to help bring some wildness back to the land. Could there be a place for these buck-toothed critters in this farming-dominated region? Work is already underway to make Somerset more flood-resilient. The Farming and Wildlife Advisory Group South West (FWAG SW) leads the Hills to Levels project, an approach to managing flood risk in Somerset. It addresses issues across the whole catchment area – from slowing water flow from the upper catchment in the hills to reducing the impact of floods in the lower catchment of the Somerset Levels and Moors.

We’re trying to mimic what beavers are doing,

says Joanna Uglow, Resource Protection Adviser at FWAG SW. ‘You talk to people about woody dams and they say, oh you’re just being a beaver!’

Building leaky woody dams and leaky ponds are among the ‘Natural Flood Management’ techniques used by FWAG SW. They aim to increase the capacity of land in the upper catchment to hold water as well as to restore the meandering course of rivers that have been straightened and reconnect them to floodplains. Humans do this work in the absence of beavers, but what if beavers could stage a comeback?

What is so good about beavers?

Beavers are starting to make a comeback centuries after they were hunted to extinction. In 2009 they were reintroduced to Argyll in Scotland, where their numbers are now being allowed to grow naturally, while a population also lives in the Tay Catchment. Some beavers also made their home in Devon of their own accord in the early 2010s and Devon Wildlife Trust retroactively obtained a license to keep them there as part of a monitored reintroduction trial.

There are practical reasons for deploying beavers in flood-prone areas. Firstly, they are more skilled at building the dams that hold back and slow down flood waters than humans are, they do it for free, and they maintain the structures once they’re in place. Though the woody dams that FWAG SW are building in Somerset are inexpensive to make, grant funding does not cover ordinary maintenance, and landowners agree to maintain them through goodwill.

Beaver dams could reduce the need for dredging – the expensive practice of clearing obstructions from rivers or scooping the sediment out of riverbeds downstream, which many farmers say helps to stop flooding. Because of their complex structure, beaver dams are great at trapping silt and run-off (filtering out pollutants in the process), stopping the build-up of sediment downstream while holding back hundreds of thousands of litres of water upstream.

According to Mark Elliott, who heads Devon Wildlife Trust’s Beaver Project, dredging is the last thing you want to do in the upper catchment if you want to reduce flooding: ‘If you dredge [the rivers], and you clean out all the obstructions, then the water just hurtles down towards the sea in one go after the rainfall, and that’s what causes these huge flood events.’

But beavers are animals not machines, and the benefits they provide go far beyond cost effective flood protection. 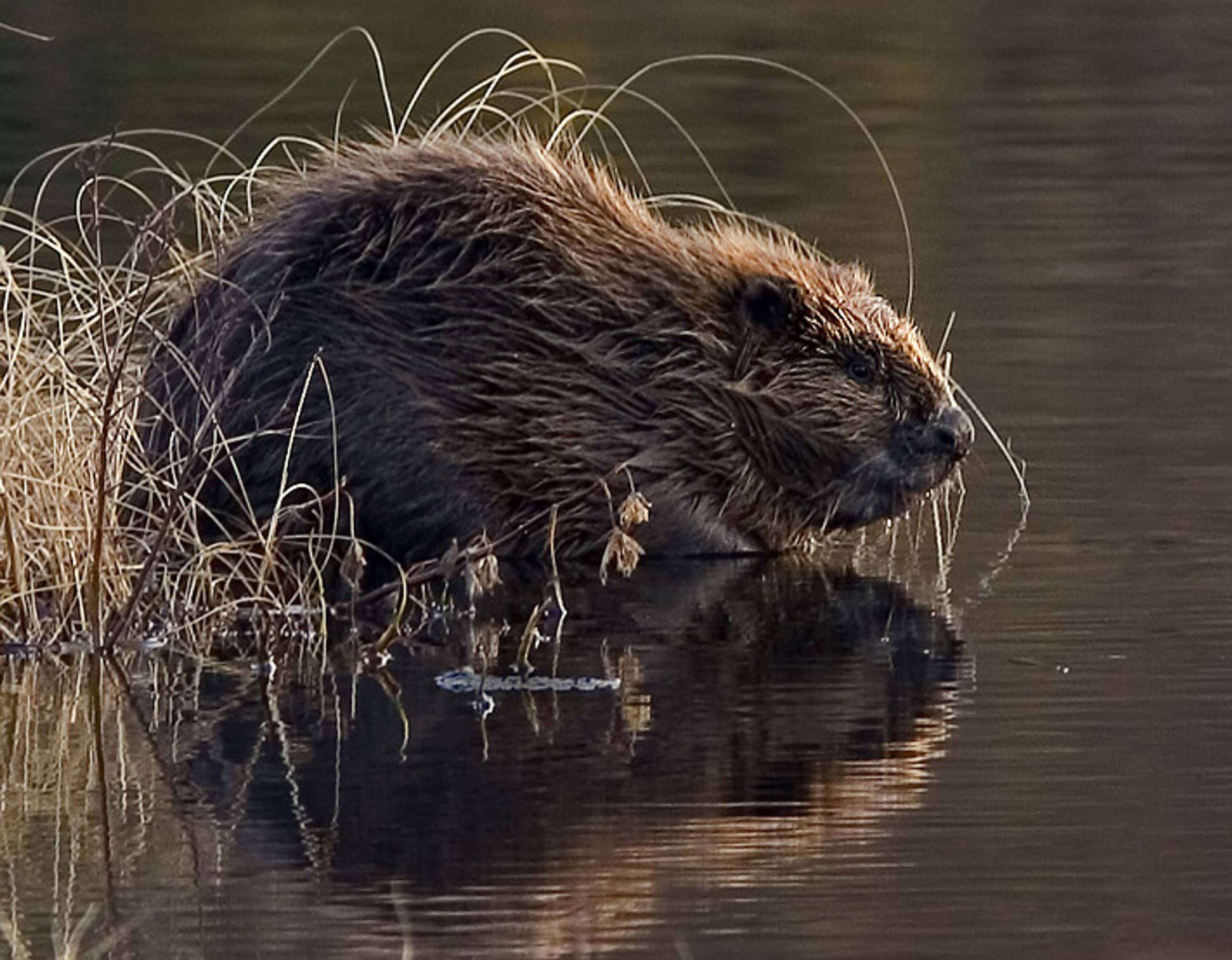 Beaver dams are not only made of wood, but also mud, stones, twigs, leaves, branches, grass, plants, and whatever else they find to reinforce the structure. Seeds and sediment stick to the beavers’ fur and are moved about the area. Life blossoms in this brew of living matter and movement. ‘A beaver dam becomes a multilayered living structure,’ says James Wallace of the Beaver Trust. The pools and ponds their dams create re-establish wetlands that invite all sorts of flowers, insects, fish, waterfowl and other wildlife to move in.

Human-made dams can slow down the flow of water, but they can’t reproduce the dynamic interactions between animal and environment found where beavers live. One of the aims of the Beaver Trust is to help people see that beavers are more of an ecosystem than a species, a creature that brings a huge variety and abundance of life with it wherever it goes. The RSPB’s 2016 State of Nature report found that the UK is one of the most nature-depleted countries on the planet, and the 2019 report shows that, overall, Britain’s wildlife continues to be devastated by human activity. The reintroduction of beavers to Somerset, as well as elsewhere in the UK, could be part of a broader effort to increase the dynamism and diversity of our ecosystems.

This would be a boon for humans, bringing both locals and tourists closer to more wild spaces.

When you walk in a beaver wetland, it’s like a primeval feeling of coming home,

says Wallace. ‘It’s literally buzzing with life.’ These wetlands create opportunities for bird-watching, nature walks and education about what a thriving ecosystem looks like and smells like and sounds like. Of course the beavers themselves are an attraction, being cute and charismatic animals. They’ve certainly proved popular with locals in Devon, who first objected to the plan by Natural England to remove the beavers from the River Otter, leading to the subsequent intervention by Devon Wildlife Trust to obtain licenses for the animals.

More wetlands can also help the climate. While there has been a lot of attention on trees lately for their ability to store carbon in the soil, there are many other kinds of habitats that are also excellent carbon sinks. One study found that although wetlands occupy only 5-8% of the earth's land surface, they hold 20-30% of its estimated global soil carbon.

There is an aspect of ecological justice to bringing back the beaver, too; a way, perhaps, of making amends for their past persecution and recognising the profound contributions they once made to communities. ‘It's possible people learned from beavers how to build with wood and mud, how to make canals and weirs, maybe even how to garden’ says Wallace. ‘They’re still within our psyche, just not our culture.’ And beavers had a paw in shaping Somerset specifically.

According to Hugh Warwick in his book Linescapes, they played an important role in linking communities in boggy landscapes like the Somerset Levels, where their strong, extensive dams provided early pathways that people could walk. And, as archaeologist Bryony Coles demonstrated, beaver-cut sticks were used to construct the Glastonbury Sweet Track, forming Neolithic walkways above the marshes.

Is Somerset ready for beavers?

The Somerset Levels are an important wetland habitat rich with unique biodiversity that has been shaped by human management including draining and livestock grazing on the grasslands. If the Levels are flooded for too long then plant and flower species begin to die off. But this is not the place to reintroduce the beavers. Rather, they would be best suited to the upper catchment where FWAG SW already build leaky dams.

Yet in the upper catchment people may have reservations. ‘There’s a huge variety of opinions about beavers amongst farmers and landowners,’ Joanna from FWAG SW says of Somerset. ‘There are some social barriers as to whether people would allow them on their land.’

In intensively-managed farming regions like Somerset, it can be hard for people to relinquish control of the landscape to creatures as impactful as beavers. Beavers can have a bad reputation. People may worry that beavers will flood their land or local roads, or fell expensive trees and shrubs. Luckily, most problems can be dealt with relatively easily. Devon Wildlife Trust has developed a Beaver Management Strategy, which includes making adjustments to beaver dams to alleviate local flooding or protecting tree trunks with mesh fencing. The Beaver Trust would ideally like to see trained officers in all places where there are beavers in the future to support people living near the animals. Payment for letting beavers back in could be one way to overcome the concerns of landowners and farmers in Somerset and elsewhere. The UK government is introducing a new Agricultural Bill as we leave the EU which will take a ‘public money for public goods’ approach. Public goods will include, among other things, enhancing biodiversity. In Somerset, landowners and farmers in the upper catchment could be paid to let beavers colonise the waters running through their land.

But work needs to be done to educate people about the advantages of reintroducing beavers and how to overcome the challenges they may pose, which is why the Beaver Trust was set up last year. Communities must not have beavers imposed on them, but accept them willingly. Working with farmers and other landowners is something that is already central to the Hills to Levels project and should be at the heart of beaver reintroduction projects too.

Beavers will in fact be returning to Somerset soon, though to an area outside the Hills to Levels catchment area. In November 2019, the National Trust announced it would release a pair of beavers into an enclosure on the coastal edge of Exmoor National Park in the spring to help with flood management and to increase biodiversity. Another pair will also be released in Valewood at the edge of the South Downs. With these two projects underway and the Devon beaver trial successfully concluded, perhaps conservation bodies will be encouraged to both scale up and speed up beaver reintroductions. And, as their return to Britain becomes more widely accepted and welcomed, perhaps they’ll take over the dam-building in Somerset’s upper catchment before Prince Charles has cause to pay another solemn visit to a flooded village. 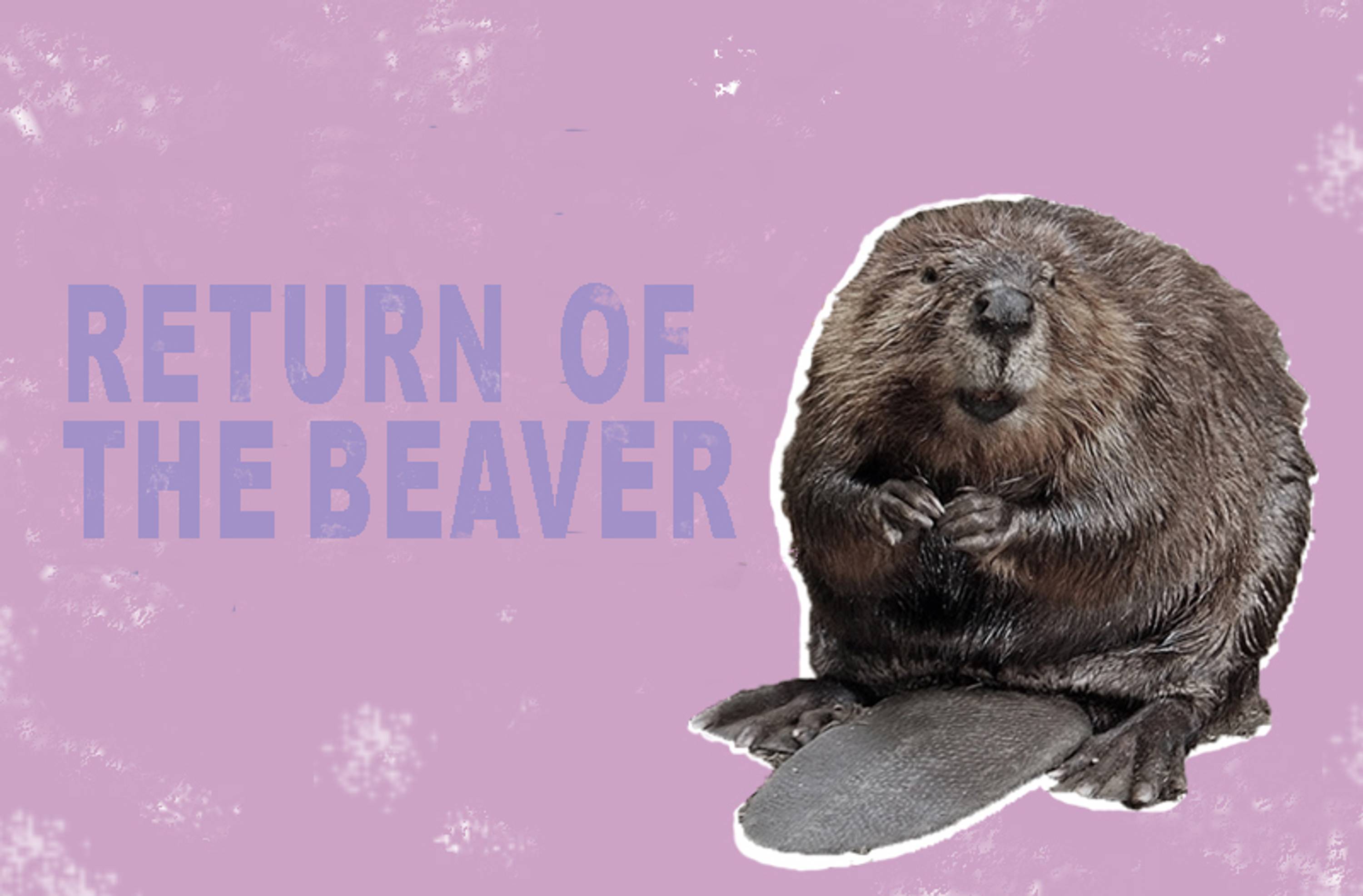 Beavers return to London after 400 years