The Siren Troupe, a group of professional dancers and actors took the stage on Tuesday morning at 8 a.m. at the front door of the International Maritime Organization IMO to protest against the devastating destruction of the ecosystems caused by the emissions of the shipping industry. We demand the delegates of the Marine Environment Protection Committee(MEPC) to immediately vote for slowing down the speed of the ships to diminish the catastrophic effects of climate change. 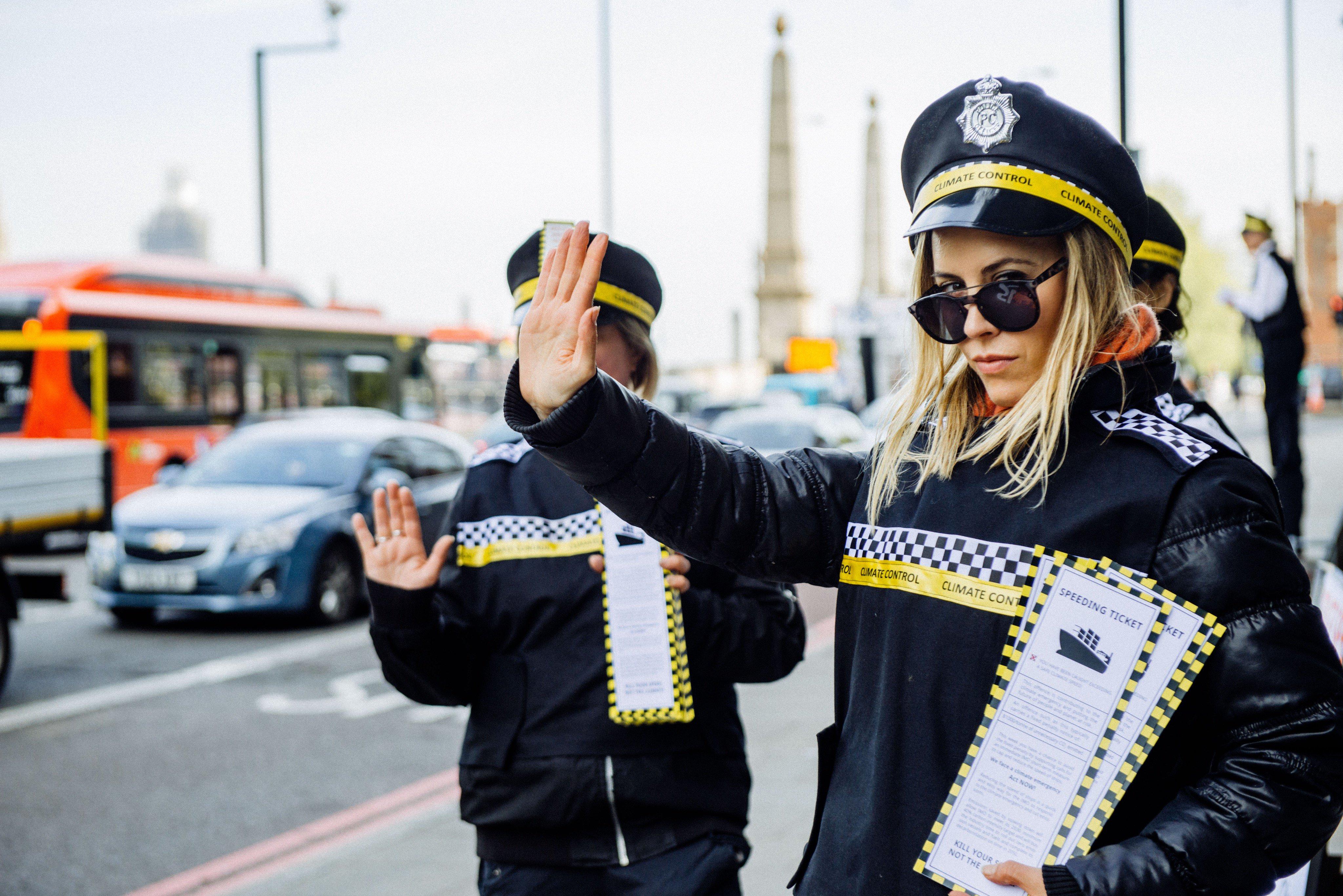 We believe that the the UN-body IMO is open to influence from civil society. In April the IMO held meetings that saw the first regulations take place and putting into place dim minimal reduction. This meeting of the MEPC in London is to discuss its climate obligations and future targets, reassessing the feeble targets put in place last year. Surrounded by a deployed troupe of Climate Control Officers the message was clear. 'We demand the delegates of the Marine Environment Protection Committee(MEPC) to immediately vote for slowing down the speed of the ships, says the artistic director Nicole Caodie, ‘To diminish the catastrophic effects of climate change'. 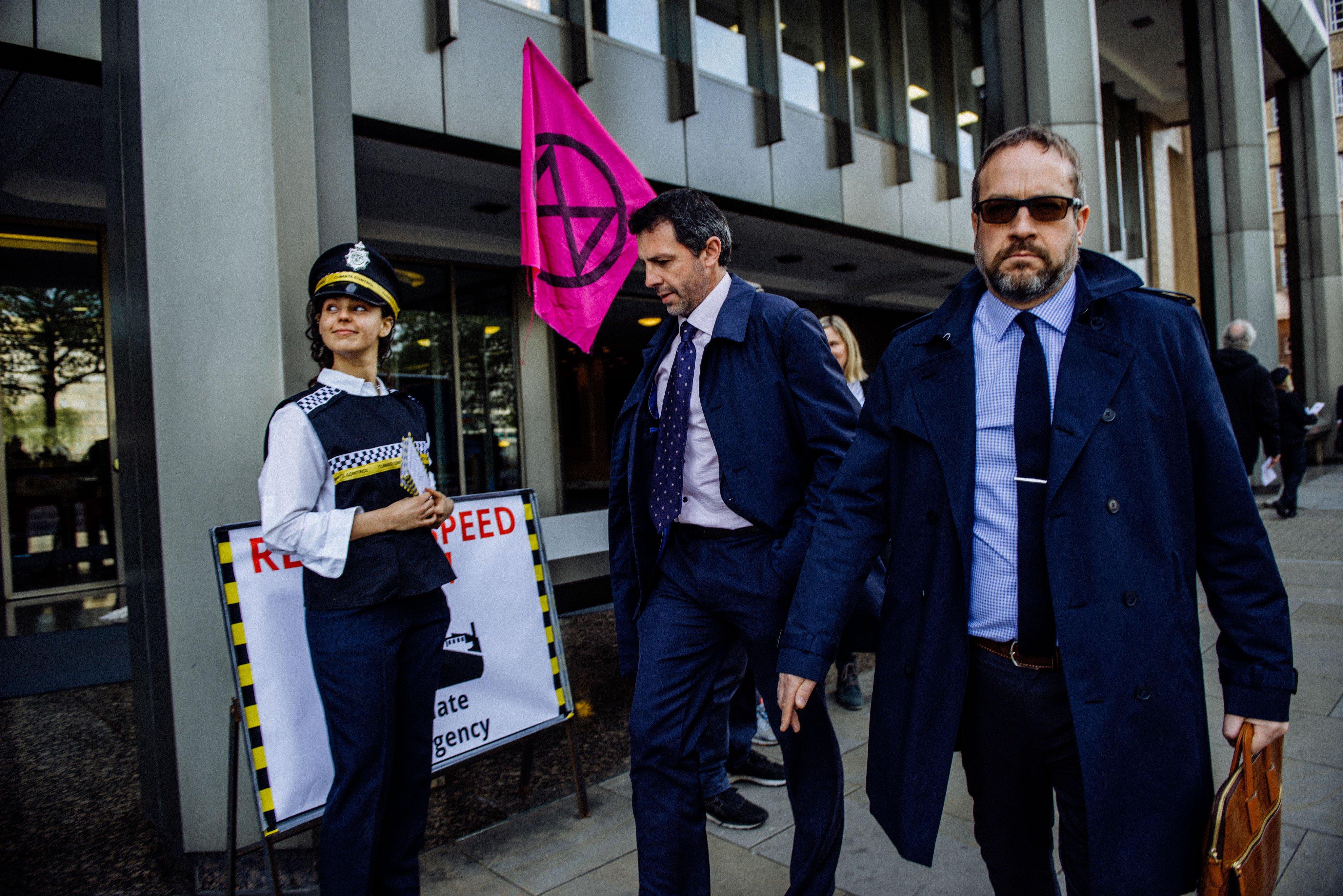 The concept behind using dance and performance as a visual stimulus for highlighting pressing shipping emission issues is to become a medium in which demands are immersed and expressed in order to raise awareness. This is not only to gain entrance into the public sphere but within ecological awareness itself. Using body weathering techniques alongside Butoh dance sees the human form as the containers of possibility, like clouds, as an infrastructure for thinking about the body as a vibrant, experiential and living matter to reinforce a direct relation to nature – merging land and sky and the vulnerability of our planet. 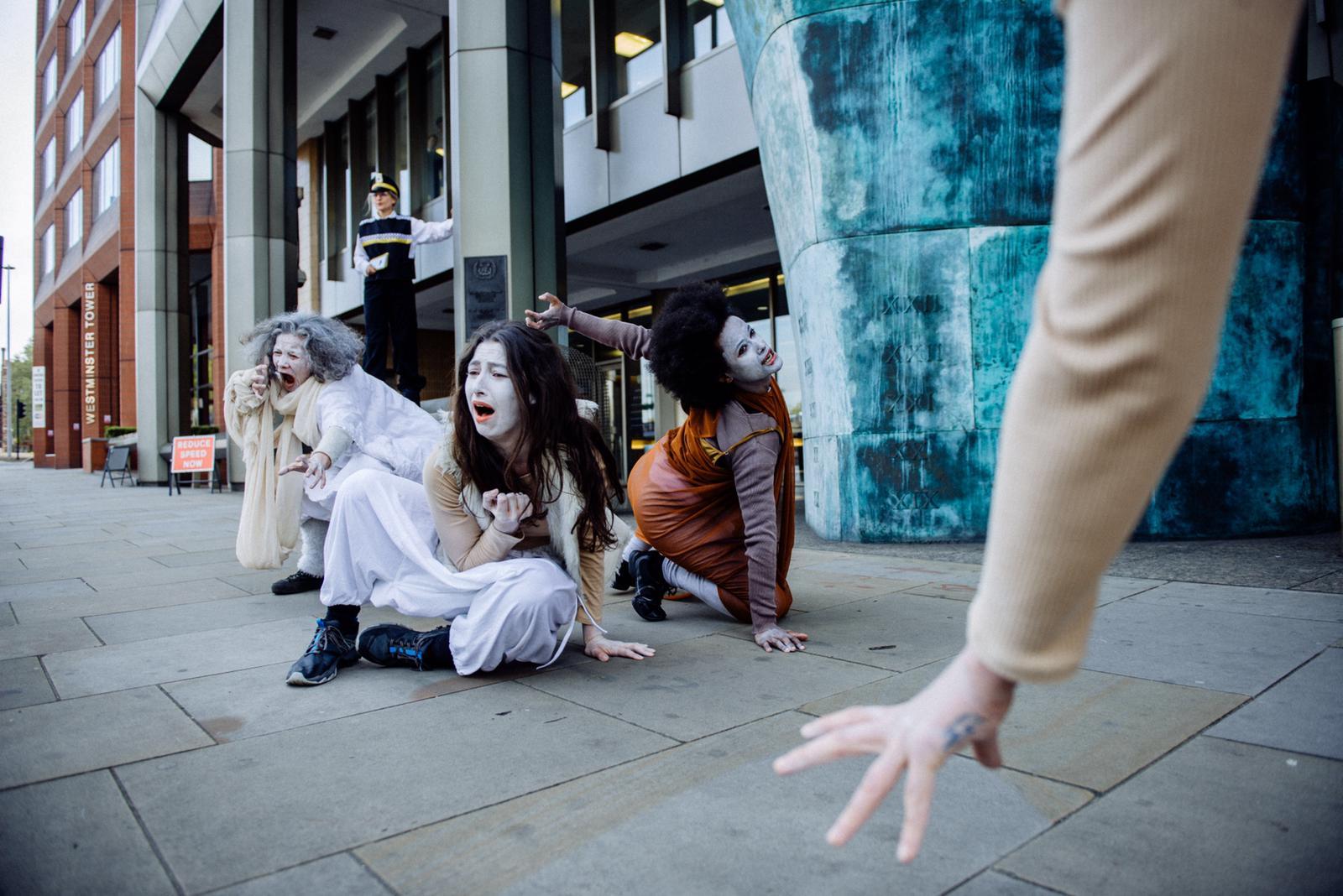 What we offer are new visual stories of positive change that show how transformation can happen as well revealing aspirational new future scenarios in which humans can thrive without harming the biosphere. The shipping industry is very powerful at the IMO and while they talk about long-term decarbonisation, they are very reluctant to do anything short-term. Climate change, pollution, ocean acidification and The Sixth Mass Extinction are massive global challenges. This man made disasters will significantly impact the lives of our friends, families and associates as well as future generations. People are numbed and can shut down their attention when presented with these potential catastrophes that threaten the very foundations of our civilisation. 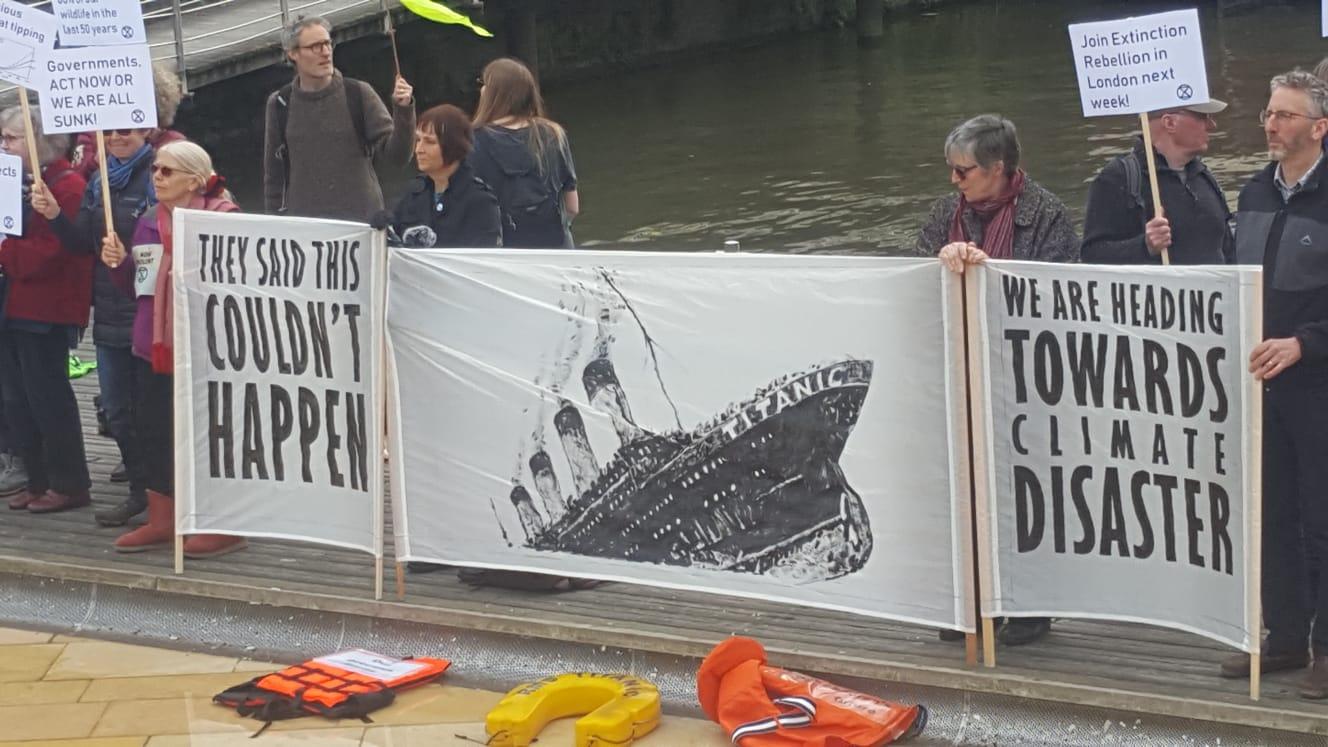 Environmental commitments are complex, so the challenge is to explore embodied modes of inquiry into the corporeal relation to clouds and atmosphere, exploring their common materiality culminating in a performance. Modes expressed as intermissions during the IMO Shipping Action. We formulate a short 1.5 minute movement that captures the essence of dirty and clean emissions, the demand of slowing down. Reducing speed will reduce emissions immediately and the vulnerability of humanity and our eroding planet and using haunting but beautiful art brings the scientific into the public sphere. 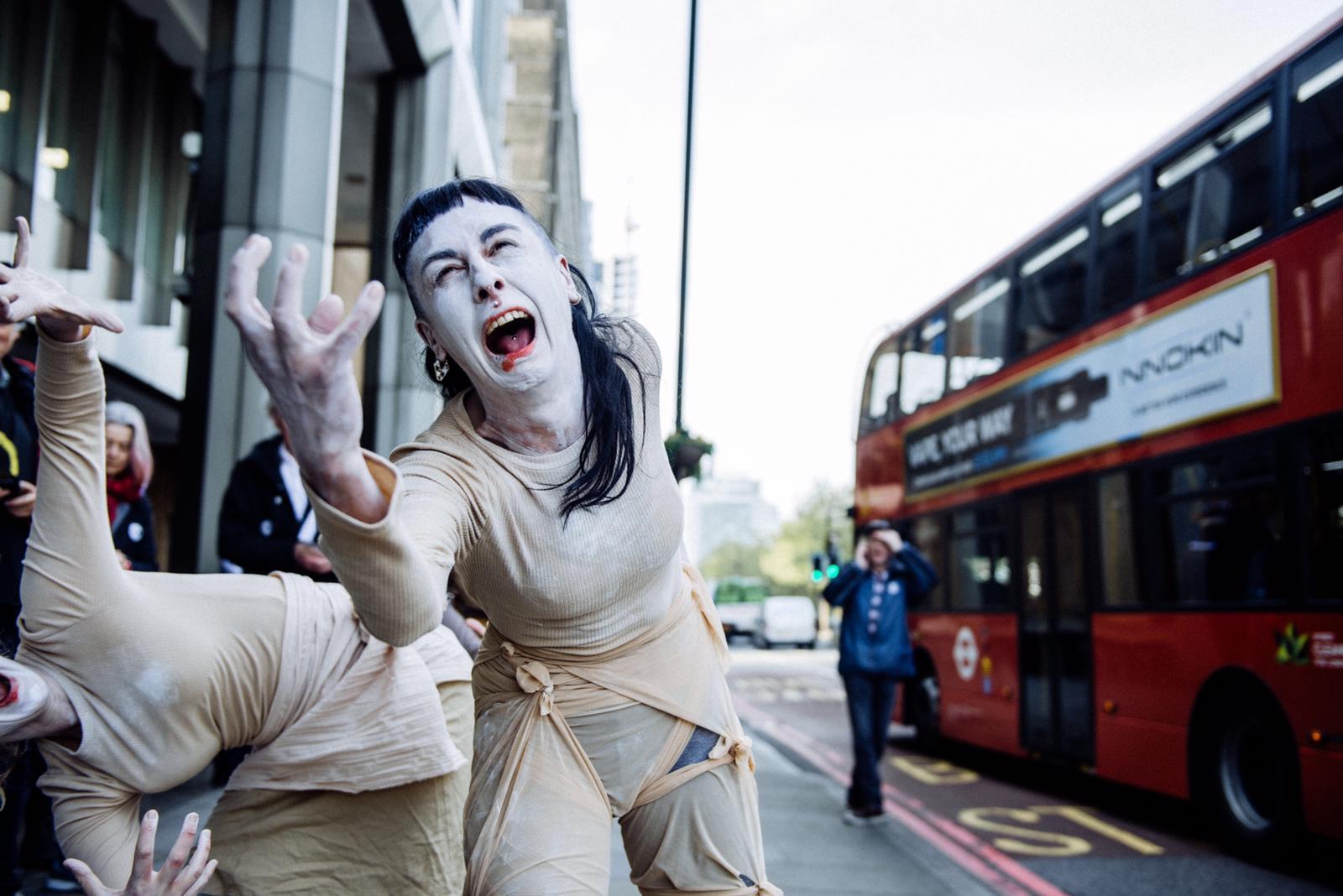 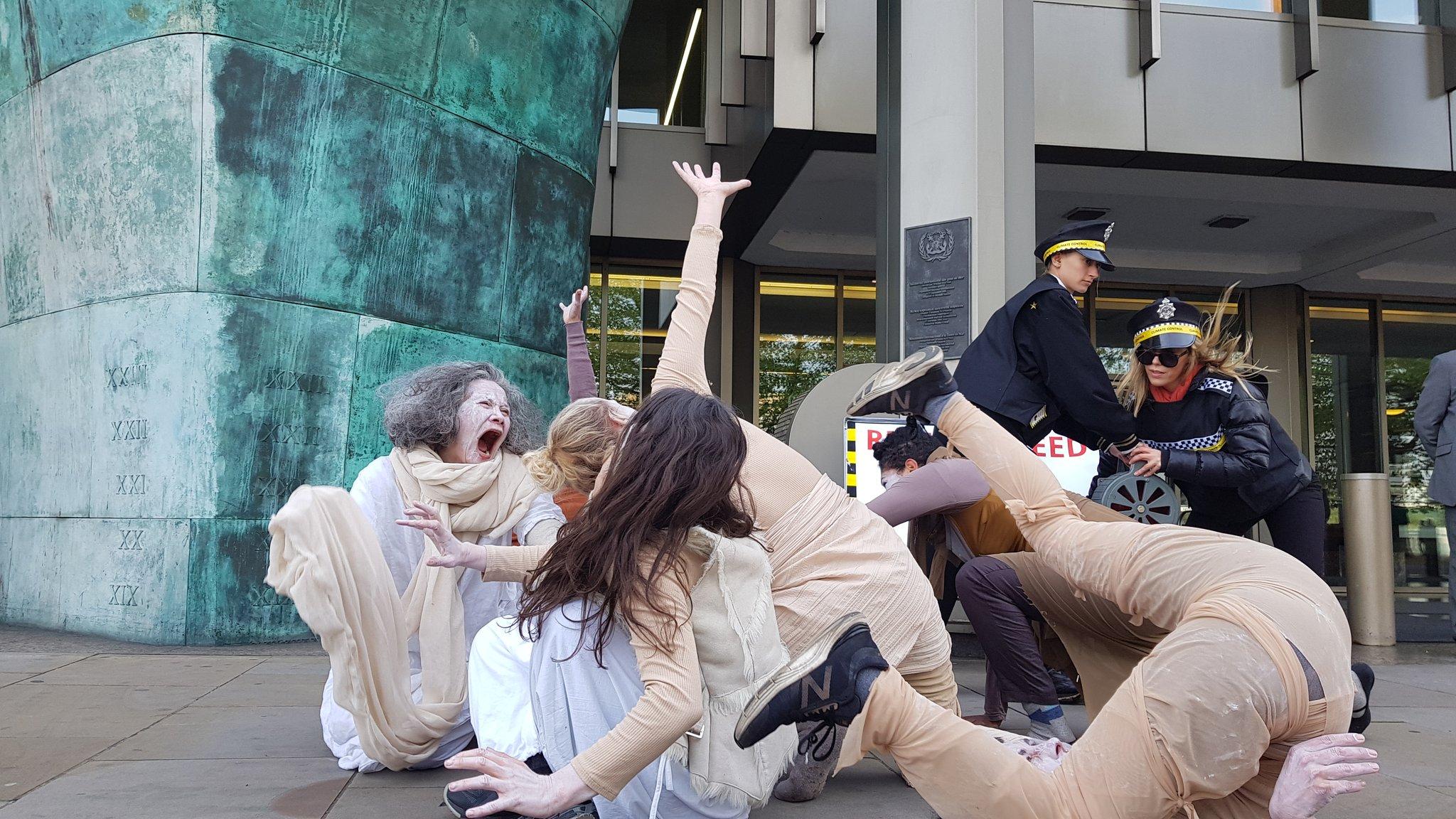