This letter recently arrived from a reader in Sri Lanka. It seemed worth sharing. We do not recommend attempting something similar.

Editor: this letter recently arrived from Hayduke, a reader in Sri Lanka.

I have had an interesting day. 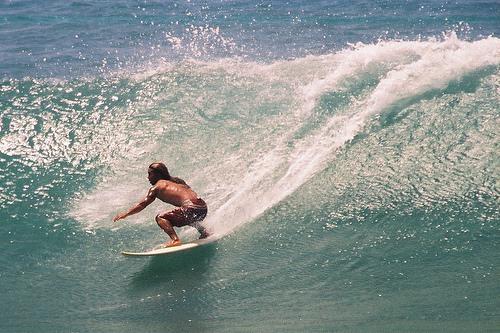 I was thinking of a good way of rounding off this Sri Lanka trip. The surf was shit; no swell. So I thought I would go on safari. I dropped some acid and headed into the nature reserve on a scooter. My ipod broke some time ago so my laptop was shoved into a backpack with a sunglasses case holding it open playing nothing but the Flaming Lips.

It is so beautiful in there. The most beautiful place I have ever seen. I was completely mesmerized. There is an arcane magic to it, specifically, the drive from Aragum Bay to O’kunda beach. It is still untouched wildness. I found the temple and climbed up through the jungle. At the top the view was extraordinary. Jungle was growing up all around the jagged, prehistoric, rocky crags. Toucans flew a low pass over the slumped, ancient Buddha.

In the distance a tropical storm started rolling in. Doing rough calculations I knew I had a pretty interesting mission to get back to Aragum Bay before 1) the storm kicked my ass or 2) this acid did.

I made my way down from the temple. I found my scooter. I got saddled up and started back across the nature reserve to get out to the road where I could start the return trip. I was ripping along the dirt track, jungle flying by on either side, awesome music blaring. Then, there she was, up in front. Up in the road, a massive elephant!

You have to be safe. The most dangerous thing is if they run at you, so I backed up slow. Checking all around for the angry brother that wanted to stomp me. I rode back to what I thought was a safe clearing and waited for as long as I could for our friend to rumble on.

After what felt like long enough, I headed slowly back towards where I thought the elephant had been. Of course she had moved, and the jungle all looked the same! I thought I better keep moving, keep a steady speed and head out. I must have passed the spot where that elephant had been. I was exhilarated. I was that close to a wild elephant! On a scooter! I was sailing along the track now. As far as I was concerned the safari was a success (I had already seen an enormous crocodile up close, a mongoose and loads of monkeys and birds). The sun was setting, the wind was in my hair and the dude from the Flaming Lips was singing Do You Realize. 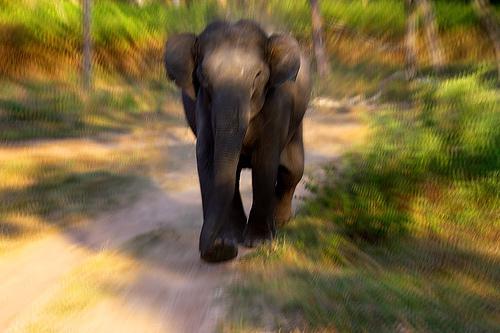 A huge and furious elephant stampeded across in front of me, barely meters from the front of the scooter. For a split second his eyes met mine and I saw potent emotion and fierce determination. He was sending a thunderous torpedo across my bow. This was his land.

I was terrified he might be part of a herd so I gunned the scooter, which had absolutely nothing to give me. I burned up out of the dust when a crazy local mini-bus came careening up towards me with people hanging out the windows screaming elephant! Elephant!

I screamed back at them “I know I just saw the crazy motherfucker! He was big and he was angry and I am getting the fuck out of here!”

For the rest of the ride I just tried to calm down. Control the adrenaline. Get out of the park before it gets dark.

The road out was suddenly way longer then I remembered. I kept pulling back on the throttle but the bumps of the road were slowing me down. Then, there were shit-loads of tiny insects. They were sticking to my face and made it hard to see. Plus, the acid was making it kind of hard to navigate. The jungle swirled and pulsed around me and the track seemed slithery and unreliable. I wasn’t sure I was going the right way.

I got past the swamp and headed out to the open terrains. There were some rice paddies now on either side so I knew I was getting closer to safety. At last the edge of the park appeared. It was ringed with high electric fences to keep the elephants penned in. I was so relieved to see that road and the start of the ride back to Arugam Bay. I leaned back in the saddle, grinned and headed for the open road. 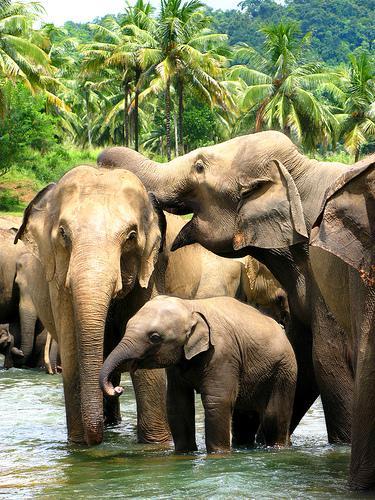 As I did, I noticed a whole troop of elephants to my left under a copse of trees. I pulled to a rest on the side of the road and realized I could watch without upsetting them. I lit a cigarette and sucked it all in.

There were several females and about 8-12 calves. They had found a good batch of jackfruit and were tucking down. They were really happy. They were eating and the calves were nestling into the mothers and they were so beautiful I just couldn’t believe my eyes. Their lives are so much more complex then we can fathom and they are still here with us, families of wild elephants, missioning around, doing their thing.

That’s when it struck me. The elephants need more space. We can pen them in no more.