Allowing the last of our oil to be needlessly burnt to make some fat rich men richer could be the downfall of our species. 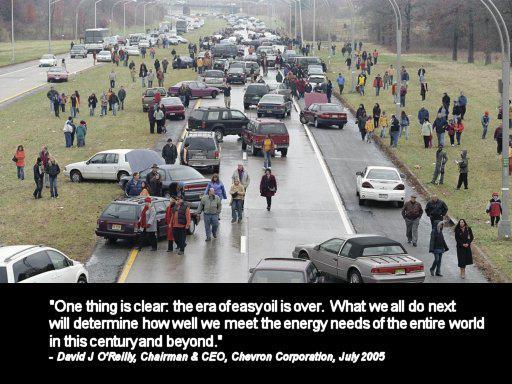 According to geologists we have either just passed or are about to pass the peak of oil supply. It is impossible to overstate the changes this era-defining moment will have on human society. From this point onwards, so long as we remain in a fossil fuel economy, everything will become more expensive, scarcer and harder to come by. Because our economy is powered by energy from oil everything we do is linked to its price and availability.

Oil companies are investing more money in new forms of extraction, for example, deep water drilling and fracking. Without exception these new methods require greater energy input, are riskier and have a lower quality output. These new methods cannot alter the basic arithmetic of dwindling supplies but they do carry engorged environmental risk. With demand growing and supply shrinking the price can only continue upwards. Acute catastrophes like the Gulf oil spill and chronic ones like climate change add a vast, extra social cost we don't see printed on the plastic of the food we buy or in the whirring gas pump digits. 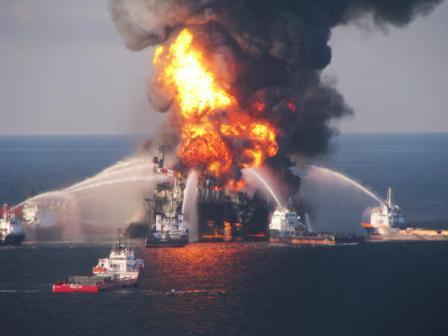 Given that our high quality, easy-to-use fossil reserves are diminishing fast and that eventually they will effectively run out; now is the time to democratically agree how best to use what remains. For many commentators taking a medium to long-term view, the best use of these 'last hours of ancient sunlight' is to construct renewable energy infrastructure that can supply energy to ourselves and our children. This doesn't just secure an (albeit reduced) supply of energy it sidesteps pollution and energy wars. 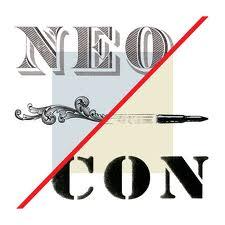 Of the biggest five corporations in the world four sell fossil energy. The profits these companies make could pay for the new infrastructure we need, especially if linked to effective and determined government action. Instead, the opposite is happening. Oil companies are investing their profits into further oil extraction and governments are rewarding this with continued fossil fuel subsidies. This apocalyptic perversity only makes sense through the rarefied lens of neoconservative economics where human existence is boiled down to the short-term pursuit of profit and nothing but the short-term pursuit of profit. If all you are concerned with is money everything else goes up in smoke. Using our last remaining quality oil to find poor quality oil or to fight hi-tech wars for oil is akin to burning a last stash of food to heat an empty saucepan. It is a grotesque waste. But we waste oil in other, less obvious ways too. Sir Philip Green, lauded as a shining pillar of the continuous-growth economy, makes cloths cheap in Asia where workers have fewer rights and social welfare. He ships them over in enormous container ships burning untaxed bunker fuel which seep filth into the glorious blue of sea and sky and flogs them cheap to insecure girls who, tormented by the media's distortion of beauty, think fast-fashion may fix their fallibilities. Not only does Green's business model drive climate change it reduces the UK's ability to adapt and be self-sufficient by undermining local attempts at production. Sustainable, local clothing manufacture inevitably costs more when Big Oil sets the controls of the burnout economy.

In light of the all pervasive madness it is amazing any wind turbines get built in the UK at all. If they can get through the systematic, economic sabotage they then have to deal with the NIMBY crew (Not In My Back Yard). These guys take the energy from the fossil foods they eat to create a draft of hot wind to blow against the hope that new turbines represent. Apparently, they are concerned with damage to the environment. 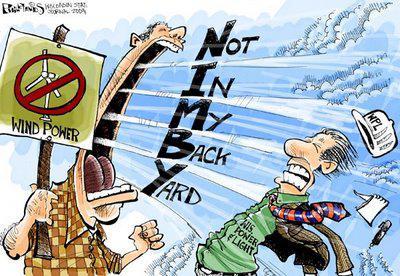 We can all see the damage wind turbines do. They, according to some critics, damage views. You can't (easily) see the damage climate change causes. However, according to thousands of scientists and peer reviewed journals it will destabilize the entire global ecosystem possibly leading to the extinction of our species. Protesting against the construction of wind turbines is an idiot wind blowing in the same direction as the hypnotic, mass-idiocy of the suicide economy. 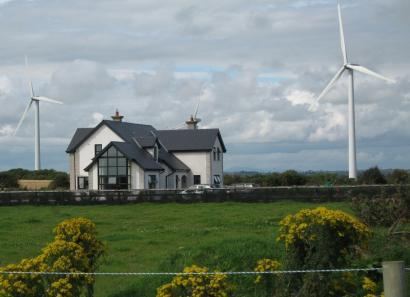 Many parts of the economy are arcane and abstract. Others are not. The rational part of the economy is composed of citizens exchanging real goods and services. In other words it is the nuts and bolts of our lives; we make it. Peak Everything is a historical transition steeped in danger and opportunity. We have to seize the moment, take control and wrestle the fundamentals of our lives back down to ground level. Allowing the last of our oil to be needlessly burnt to make some fat rich men richer could be the downfall of our species.

Let's use the last of our oil to create things with a worthwhile lasting legacy like: solar panels, urban farms, bicycles, community spaces, flood defenses and proactive population control. The shit is about to hit the wind turbine and we have limited time to prepare.