Climate change is widely considered the gravest threat facing life on planet earth. However, scientists agree that climate change is only part of a broader and deeper ecological deterioration. Perhaps a more significant measure of our planet’s health is the current catastrophic decline of wild species - the sixth mass extinction.

There have been 5 previous mass extinction events detected from the fossil record. They were caused by collisions with asteroids and it took millions of years for the number of species to return to what it was. In these barren years less CO2 was captured by plants, less oxygen was produced and more complex animals couldn't survive. Our planet was a harder place on which to live. We don’t know how many species  planet earth can lose whilst still maintaining the conditions that humanity requires to survive. We do know that ecological systems change in a non-linear fashion. This means they stay the same way for a while and then flip rapidly to another state, for example, from forest to savannah or from prairie to bog. An ecological change may or may not be reversible depending upon a range of factors such as the area affected and the composition of surrounding habitats. "Dangerous runaway climate change" describes scenarios where the whole planet changes irreversibly and the future evolution of life on this planet is altered forever.

The Fertile Crescent was once the verdant cradle of civilisation where agriculture first emerged from humanity’s interactions with the diverse regional flora and fauna. Today, Iraq and Iran stand as a stark reminder of what can go wrong when we lose key species – extensive human interference caused the ecosystem to break down to a far simpler and less productive state. Current ongoing wars linked to resource scarcity make it impossible to embark on the kind of ecological restoration that might push back the deserts. The Fertile Crescent is not that fertile anymore.

The human activities that transformed the fertile crescent are today everywhere: the great forests of the world retreat; 90% of big fish have been removed from the sea and species extinctions run at 10,000 times the background rate. We are playing a global game of Russian roulette but we keep squeezing the trigger again and again and again. At some point it is going to go bang and our civilisation will collapse like many others have done before.

Like stabilising our atmosphere or going to the moon, stopping the sixth mass extinction event is a big challenge but it isn’t impossible – we know what to do. The only known way of effectively conserving biodiversity is to protect habitat. This means creating giant wild areas all around the planet but especially where the highest species diversity is. We need to ring fence large areas of the Amazon, Congo and Mekong Delta. We also need vast marine protected areas in which ocean megafauna can thrive and we need wildlife corridors connecting the wild reserves allowing migratory species to move unimpeded.

This change of land use will require global coordination, diplomacy and ambition but if you measure effort as a fraction of GDP it is a walk in the park. A recent scientific paper published in Science magazine estimated we could conserve global biodiversity for $76 billion. To put this huge amount of money in some kind of international context, in 2013 the USA spent $650 billion on its military.

Money is central to the problem. In an economy that only values profit, companies will always emerge that can do that by turning nature into products. That is to say we have no hope of protecting nature without first dealing with an out of control global economy. We cannot accept governments saying that they cannot control corporations and that we need them for economic growth. We need to change government and change corporations so that they better serve our needs. Therefore this struggle is political.

Stopping the sixth mass extinction event will not be easy but it is the most important thing that any of us alive today can do. That doesn’t neglect the raging injustices in the world because we will not have a stable global ecosystem so long as there are wars, oligarchs hoarding and millions starving. Only in a peaceful and equitable world will we have the wherewithal to choose, voluntarily, to ease off, compete less and in appropriately valuing the natural world, protect it.

So we are all in this together, but we have very little time to transform our economies, legal systems and governments. We must move fast on the back of recent climate progress and learn from our successes and failures. We now have a clearer idea of how to get a global treaty. Our campaigning is sharper and more effective. We are better connected than ever and each of us is a potential broadcaster able to communicate with all the rest of the world. This is the moment when a network of highly connected citizens can stand up to governments and corporations and clearly articulate that we want a healthy planet, a thriving biosphere and a diversity of wild species.

Should we succeed, every single human that ever lives after us will be grateful for our efforts. They will know that in the hour of need, when dark forces of power and oppression were pounding down the forest and draining the fish from the sea enlightened and courageous citizens stood up to be counted and joined arms to stop the machine. This is our generation’s opportunity to rise to the greatest challenge in human history. Time is not on our side but every cell of life bound into our world’s living layer is rooting for us to succeed. 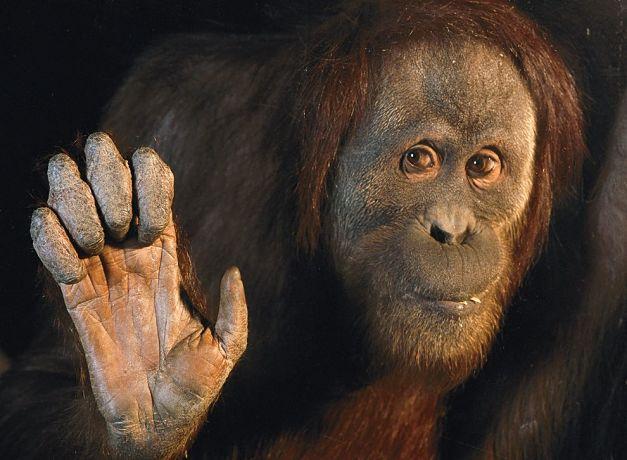 Why we should go to the Climate Summit with an anti extinction campaign: