A version of this article was first published in Tank Magazine. Now also on Elephant Journal.

An urban farming renaissance is budding green shoots in the lifeless backwaters of the world’s metropolises and the result is happier and healthier residents and more desirable city environments. As the gravel, concrete and asphalt foundations of modern cities spread in earnest following the industrial revolution they covered and effectively sterilized the land below. Ground that may have once sustained forests, fields or farm animals became lifeless and devoid of ecological function. The immediate impact for residents was that supplies had to be hauled into town along the network of arteries that connect the heart of the city with the land beyond that sustains it.

As donkey carts gave way to internal combustion engines the distance this biological matter travelled grew steadily larger ultimately encompassing the entire planet. Asparagus from Peru, lamb from New Zealand and cod from the Arctic can now all be purchased in many city centers. In shops selling to the green dollar the food miles may be stamped on the petroleum-based, plastic packaging. In others it is left unmentioned.

Today these vast trains of food are kept rolling with the steady flow of oil pumped from distant lands secured with guns and stained with the blood of those that resisted. The spiraling costs and scarcity of this fuel and the commodities it moves is contributing to shifting attitudes. Local food can contribute to cities becoming more resilient and less dependent upon oil and foreign imports. It can also be fresher, cheaper and more enriching in myriad ways. 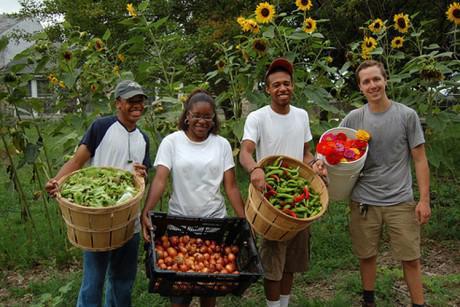 Interestingly however, today’s resurgence in do-it-yourself agriculture is not being driven by government edicts despite the major strategic benefits it brings. Swathes of grass roots enthusiasts are filling tubs with earth, composting their food waste, collecting rainwater and growing lettuce, tomatoes and herbs on balconies, terraces and any other available space because it satisfies primeval urges that the globalized economy fails to. For the very poor this is the urge to eat and for those better off it satisfies a desire to connect with nature, interact meaningfully with food and to create flourishing times and places.

In the favelas of São Paulo an organization called Cities Without Hunger uses urban agriculture to reduce hunger and unemployment. Its network now includes 700 gardeners supplying food to 4000 community residents. In Detroit the collapse of the US car industry left a poor, largely non-white population adrift in a vast sea of lifeless tarmac. Their determined transformation of this back into farmland has not just provided them with good food, they also have achieved a quality of life that can rival and even surpass that of the heady years of peak automobile productivity. 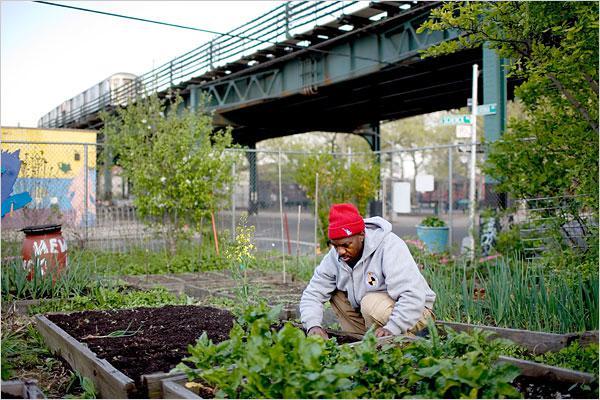 In developed cities hipsters mingle with families, environmentalists and retired people at seed swaps, city farms and shared space all united in the desire to plant a seed and watch it grow. In London, Hackney City Farm has, since 1984, given youngsters and local people who may rarely get to the countryside, the opportunity to experience farming. 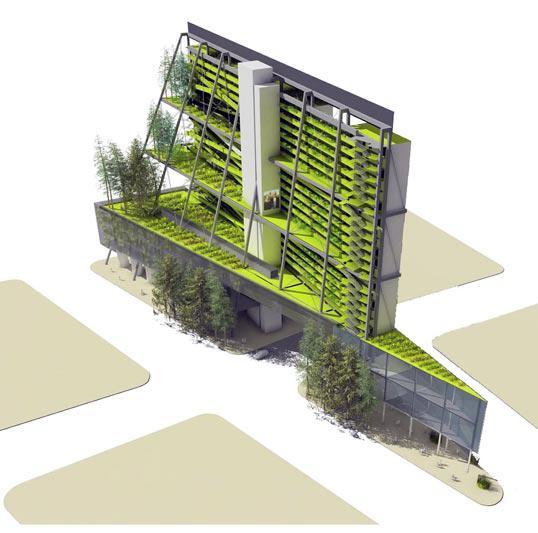 Overall, the blossoming interest in horticulture can be seen as part of a broader trend of people becoming less interested in lifestyles of consumption and more concerned with quality time with friends, family and in our communities. Bill McKibben describes modernity as “the liberation from family, from community, and, at base, from the soil.” Reestablishing these complex, organic and enriching relationships seems to offer city dwellers something that was missing. The community spirit that comes about through chatting at the communal compost heap is a foundation upon which capacity can be built to do more complex tasks locally. As neighbors become less dependent on the supermarket, high street and on goods imported from overseas they become more dependent on their shared local intelligence and calloused hands. Realizing and feeling the interdependency and connectedness that binds us to each other and to the land that supports us seems to be the primeval magic driving this new boom. It is from this earthy base that the good life grows.

The new breed of urban farmer stands shoulder to shoulder with the independent minded: menders, craftspeople, creatives and rebels who reject the role thrust upon them to function solely as workers and consumers. Their radical and disruptive idea is that they can live their lives without depending on a manic, mainstream market place, which increasingly dulls the mind and saps the soul. They are living beings and deep down… they want to grow. For another look at the practical aspect of growing your own - Click Here! 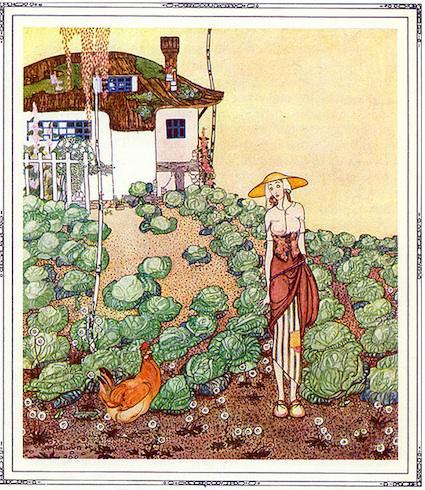 Kay Nielsen- Felicia; or, The Pot of Pinks -The Hen Tells Her Story.