Vegan 2018: __The Year A Movement Went Mainstream paints a portrait of our changing society, showing a movement in its ascendency as more and more people start to move away from the ethical, environmental, and health horrors of animal exploitation.

The film is directed and produced by Klaus Mitchell - Founder of leading vegan media outlet Plant Based News - and follows his earlier documentary Vegan 2017 which has garnered more than 1,500,000 views on YouTube.

'Vegan 2018' features sourced clips of interviews, vegan events, and media coverage, all telling the story of veganism throughout 2018.

It also shows original footage shot on location at events like the London Animal Rights March, as well as original PBN interviews with vegan thought leaders.

"Vegan 2018 is the result of hundreds of hours of research, investigation and editing," said PBN Founder Klaus Mitchell. "Our yearly film charts the rise and growth of the vegan movement across the globe today."

"Taking all of the stories from a year and assimilating them into one journey has been absolutely fascinating - and we hope our audience will also enjoy it," added PBN Co-founder Robbie Lockie. 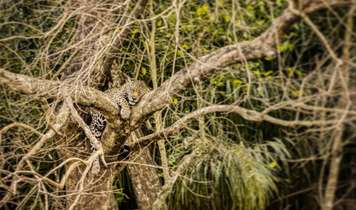