One thing the climate crisis underscores is that Homo sapiens are not primarily a rational species. When forced to make important decisions, particularly decisions affecting our economic security or socio-political status, primitive instinct and raw emotion tend to take the upper hand.

This is not a good thing if the fate of society is at stake. Take “hope” for example. For good evolutionary reasons, humans naturally tend to be hopeful in times of stress. So gently comforting is this word, that some even endow their daughters with its name. But hope can be enervating, flat out debilitating, when it merges with mere wishful thinking — when we hope, for example, that technology alone can save us from climate change.

If your hope for the future depends on a wildly optimistic scenario, what will you do 10 years from now, when the scenario becomes unworkable even in theory?

We needn’t bother Roger Hallam with this question. He can scarcely be held up as a “messiah of hope.” Quite the contrary. Hallam, a [co-founder] of Extinction Rebellion, has been desperately warning of societal collapse for years.

But on Aug. 15, in a memorable session of the BBC’s HardTalk, Hallam irritated multiple cultural nerves by claiming, on the basis of “hard science,” that six billion people will die as a result of climate change in coming decades. 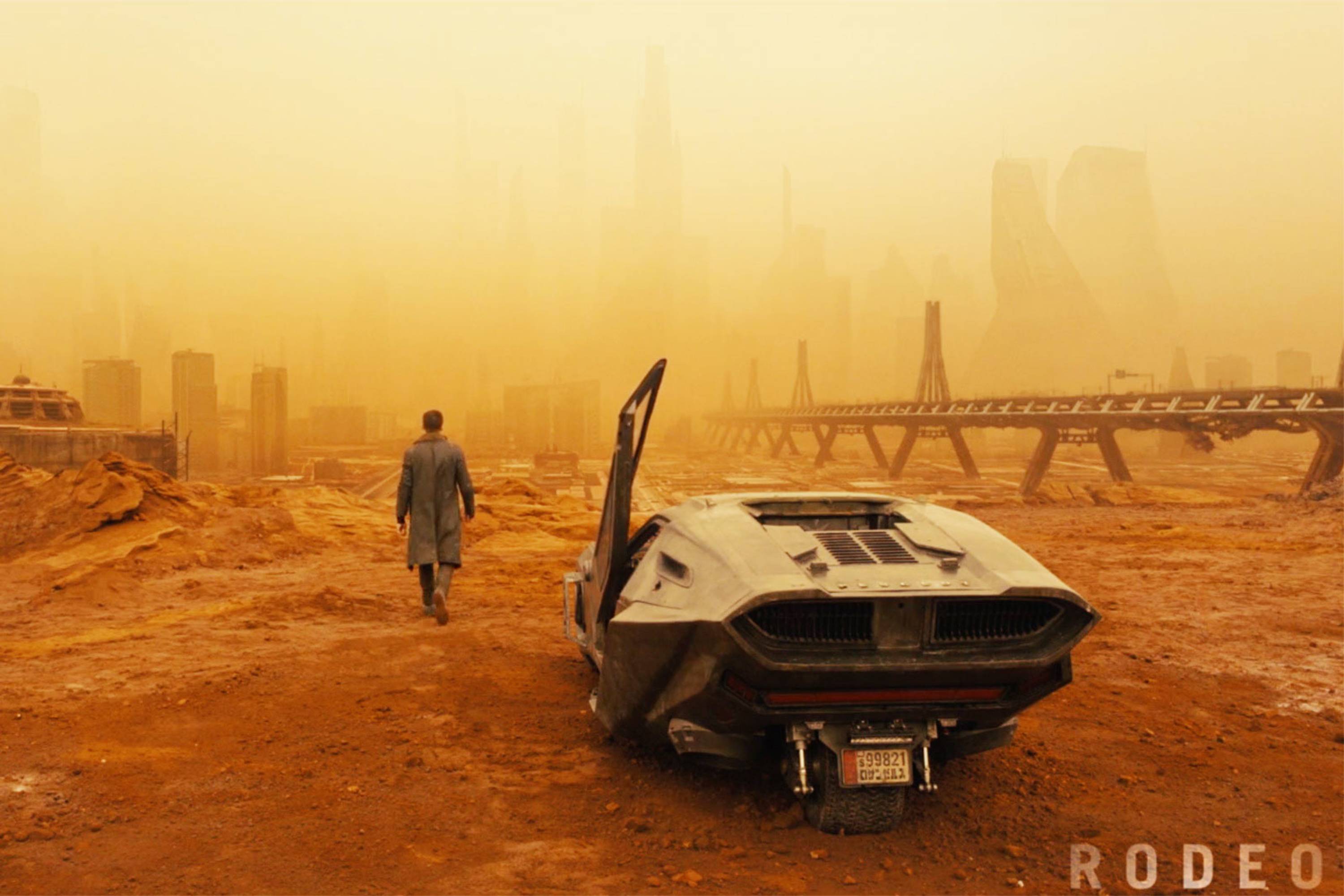 Is the collapse of civilisation actually imminent?

Sackur is no solitary skeptic. UC Davis research scientist Amber Kerr dismisses Hallam outright. The idea that six billion people are doomed to die by 2100 “is simply not correct. No mainstream prediction indicates anywhere near this level of climate-change-induced human mortality, for any reason.”

Similarly, Ken Caldeira, senior scientist, Carnegie Institution, points out, “There is no analysis of likely climate damage that has been published in the quality peer-reviewed literature that would indicate that there is any substantial likelihood that climate change could cause the starvation of six billion people by the end of this century.”

One key to understanding these scientists’ rejections is their language. They assert that there is “no mainstream prediction” nor analysis in the “peer reviewed literature” that climate change will precipitate such catastrophic human mortality.

But keep in mind that scientists are reluctant, for professional reasons, to go far beyond the immediate data in formal publication. Moreover, organizations like the United Nations, including even its Intergovernmental Panel on Climate Change, are so dominated by economists’ concerns and bent by political considerations that extraneous noise obscures the scientific signal.

Prominent climate scientist Hans Joachim Schellnhuber, director emeritus of Germany’s Potsdam Institute for Climate Impact Research, argues that, in these circumstances “a trend towards ‘erring on the side of least drama’ has emerged” and “when the issue is the survival of civilization is at stake, conventional means of analysis may become useless.”

Exploring this argument, policy analysts David Spratt and Ian Dunlop conclude, “Climate policymaking for years has been cognitively dissonant, ‘a flagrant violation of reality.’ So it is unsurprising that there is a lack of understanding amongst the public and elites of the full measure of the climate challenge.”

It seems that in mainstream scientific publications and official reports, the truth about climate change and the fate of civilization may be buried deeply between the lines. Fortunately, there are other contexts in which experts are not quite so reticent and whose assertions echo Roger Hallam’s. As much as a decade ago a climate symposium organized to discuss the implications of a 4 C warmer world concluded, “Less than a billion people will survive.” Here Schellnhuber is quoted as saying: “At 4 C Earth’s... carrying capacity estimates are below 1 billion people.” His words were echoed by professor Kevin Anderson of the U.K.’s Tyndall Centre for Climate Change:

Only about 10 per cent of the planet’s population would survive at 4 C.

Similarly, in May of this year, Johan Rockström, current director of the Potsdam Institute opined that in a 4 C warmer world: “It’s difficult to see how we could accommodate a billion people or even half of that.... There will be a rich minority of people who survive with modern lifestyles, no doubt, but it will be a turbulent, conflict-ridden world.” Meanwhile, greenhouse gas concentrations are still increasing.

Keep in mind that a global temperature increase averaging 4 C means land temperatures would be 5.5 to 6 C warmer away from the coasts. Much of the tropics would be too hot for humans and many densely populated parts of the temperate zone would be desertified. A 4 C warmer world map suggests that as much as half the planet would become uninhabitable. (A ‘4 C world’ assumes business-as-usual or no new climate policies in coming decades. Note, however, that known and unknown ‘feedback’ mechanisms could make 4 C possible, even with new politically acceptable policies in place.)

In a recent review of this debate and related evidence, David Spratt asks (and answers):

So did Roger Hallam ‘go too far’? Not at all, there is serious research and eminent voices in support of his statements. The gross error in all of this are all those who cannot countenance this conversation. Which begs the question of whether “all those” would countenance any uncomfortable conversation. Population has long been a forbidden topic despite being at the root of the ecological crisis. Where might a discussion of population ecology lead and would its conclusions be any more politically acceptable?

1. We can begin by gaining some insight into the startling implications of exponential growth. When something is growing exponentially, it has a constant doubling time. For example, a population growing at two per cent a year will double every 35 years. Interestingly, the increase that occurs during any doubling period will be greater than the sum of the increases experienced in all previous doublings.

As the figure below shows, it took 200,000 years for the human population to reach its first billion in the early 1800s. In other words, population growth was essentially negligible for 99.95 of human history. But when sustained exponential growth kicked in, it took just 200 years — 1/1000th as much time — for the population to top 7.5 billion early in this century!

Projected population for 2030 is from the United Nations. Timeline for agriculture, first settlements, and pyramids is from the Ancient History Encyclopedia.

_Chart: Jonathan von Ofenheim for the Tyee Source: _Our World in Data

The recent two centuries of population growth generates this classic hockey stick curve. At most, just 10 of 10,000 generations of modern humans have experienced this unprecedented human explosion.

2. This population explosion could not have occurred without abundant cheap energy, particularly fossil fuels. Obviously other factors are involved, but energy is essential for humans to produce the food and acquire all the other resources needed to grow both populations and the economy. While human numbers were increasing by a factor of seven, energy consumption grew by a factor of 25 and real gross world product ballooned 100-fold.

3. Because of sometimes super-exponential growth, half of all the fossil energy and many other essential resources ever used have been consumed in just the past 30-35 years. Look no further to explain why human-induced climate change has suddenly become so urgent.

4. The pace of change is unprecedented — the recent spurt of population, economic and consumption growth that people today consider to be the norm actually represents the single most anomalous period in human history.

5. Meantime, Earth hasn’t grown at all — on the contrary, natural life-support has arguably contracted. Global ecological deterioration indicates that the human enterprise has ‘overshot’ long-term carrying capacity. We are currently growing the human population and economy by liquidating once-abundant stocks of so-called ‘natural capital’ and by over-filling natural waste sinks.

Corollaries: We will not long be able to maintain even the present population at current average material standards. And, population growth toward 10 billion will accelerate the depletion of essential bioresources and the destruction of life-support functions upon which civilization depends.

6. The recent history of human population dynamics resembles the ‘boom-bust’ cycle of any other species introduced to a new habitat with abundant resources and no predators, therefore little negative feedback. (The real-life example of reindeer herds can be found here.)

The population expands rapidly (exponentially), until it depletes essential resources and pollutes its habitat. Negative feedback (overcrowding, disease, starvation, resource scarcity/competition/conflict) then reasserts itself and the population crashes to a level at or below theoretical carrying capacity (it may go locally extinct). The ‘boom-bust’ population cycle. Note the resemblance of the human population growth curve in Fig. 1 to the exponential ‘boom’ phase of the cycle. The world community can still choose to influence the speed and depth of the coming bust phase. Source of graph: Biology: Life on Earth, 8th ed., Fig. 26-3.

7. Some species populations, in simple habitats, cycle repeatedly through boom and bust phases. The height of the boom is called the ‘plague phase’ of such cycles.

8. Hypothesis: Homo sapiens are currently approaching the peak of the plague phase of a one-off global population cycle and will crash because of depleted resources, habitat deterioration and psycho-social feedback, including possible war over remaining ‘assets,’ sometime in this century. (“But wait,” I hear you protest. “Humans are not just any other species. We’re smarter; we can plan ahead; we just won’t let this happen!” Perhaps, but what is the evidence so far that our leaders even recognize the problem?)

9. The crash may be triggered or exacerbated by the depletion or abandonment of economic stocks of fossil fuels. As noted above, modern civilization is a product of, and dependent on, accessible abundant energy. (At present there are no viable alternatives to fossil fuels. Even if we do develop equivalent substitutes for fossil fuel they will, at best, merely delay the crash).

10. The long-term human carrying capacity of Earth — after ecosystems have recovered from the current plague — is probably one to three billion people, depending on technology and material standards of living. (Estimates vary from fewer than a billion to a truly ludicrous trillion.)

11. Getting there would mean five to nine billion fewer people on the planet. This is where we end up after a recovery following either controlled descent or chaotic crash. The first thing to take from this analysis is that we are once again playing in Roger Hallam’s death-toll ballpark. But a more important point is that climate change is not the only existential threat confronting modern society. Indeed, we could initiate any number of conversations that end with the self-induced implosion of civilization and the loss of 50 per cent or even 90 per cent of humanity.

And that places the global community in a particularly embarrassing predicament. Homo sapiens, that self-proclaimed most-intelligent-of-species, is facing a genuine, unprecedented, hydra-like ecological crisis, yet its political leaders, economic elites and sundry other messiahs of hope will not countenance a serious conversation about of any of its ghoulish heads.

Despair Is Contagious. But We Need Hope to Fuel Our Fight for Change

Climate change is perhaps the most aggressively visible head, yet despite decades of high-level talks — 33 in all — and several international agreements to turn things around, atmospheric CO2 and other GHG concentrations have more than doubled to over 37 billion tonnes and, with other GHG concentrations, are still rising at record rates.

In these circumstances, the only certainty is that the longer we deny reality and delay concerted action, the steeper and deeper the crash is likely to be.

So, where does this leave us? Jonathan Franzen has a suggestion:

You can keep on hoping that catastrophe is preventable.... Or you can accept that disaster is coming, and begin to rethink what it means to have hope.

Certainly hope is sterile if unaccompanied by vigorous action that reflects looming reality.

This week we have an election in the UK. Ask your candidates — just how much time they have spent contemplating these issues or debating them in caucus.

What is their party’s plan for the coming great unravelling? 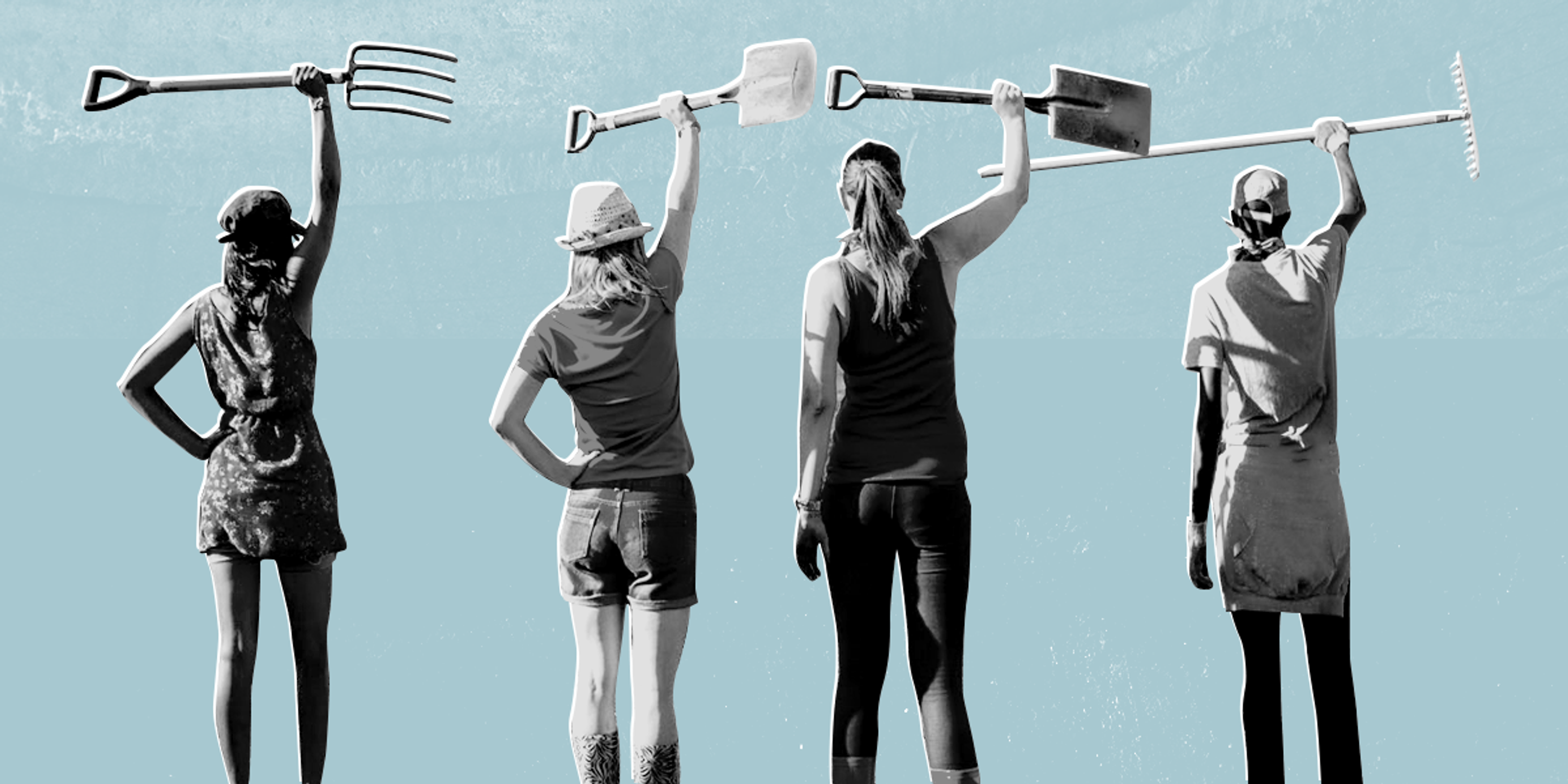