Mike Freedman has created a powerful documentary exploring the impact burgeoning numbers of crew mates on our faithful Spaceship Earth will have on our happiness, psychological welfare and shared future. In the environmental movement/popular hand-wringing sector, there is always a cause du jour.  It might be pandas, whales, water quality, air quality, fisheries, biodiversity, climate…we're all familiar with the endless stream of petitions and letters and images of smart people looking worried that we're bombarded with on a daily basis.

With such a Wal-Mart aisle of causes and concerns to choose from, why did I decide to make a film about human population growth and consumption?  More specifically, why a feature documentary about the interrelation of those environmental factors with our own psychology?

When I started out two and a half years ago, I had what I would describe as the Bill Hicks/George Carlin attitude towards human population: too many people doing too much humping and eating.  We've all seen Doug Stanhope's take on what the proper reaction to a Prius with a baby seat in the back should be (1:30 in the video I linked to).  That was me, circa early 2010. But a funny thing happened on the way to the finish line.  As I made the film, I learned a lot more about the context in which we live, the cultural history, evolution and social programming we're subjected to, and in the process my opinions on the matter shifted.  I suppose you could say that ideological bias doesn't stand the challenge of evidence and exposure to complexity.  And nothing is more complex than the issue of human population growth.

The UN counts October 31st, 2011 as the "Day of 7 Billion", on which the seven-billionth human joined us on this wonderful Spaceship Earth.  We have critical challenges facing us now and in the immediate future in social equity, economic parity, food distribution and eventually food production, energy, water, the list goes on and on.  The population issue has wrapped up within it all of the meat of the environmental movement, but also a great deal of our social and psychological landscape as well.  After all, how can one effectively separate the statistical proofs of environmental degradation from the deeper socio-psychological dynamics of the human societies doing the degrading? That's why I didn't make a film about numbers.  I got into filmmaking for the same reason I have such a keen interest in anthropology - I'm fascinated by people and I want to understand them.  So the key dropped in my lap when I found out about the rodent experiments of John B. Calhoun, performed at the National Institute of Mental Health over a matter of decades in the mid-twentieth century.  The story of the rats and mice was so compelling, and in so many ways similar to our own, that I realised I could tell their story and from there I would have a jumping-off point to the myriad complexities of the human population story. Personally, I avoid using the term 'overpopulation', as it implies that there are too many people.  Once you say there are too many, you imply that some of them should go, and by extension that means that someone has to decide who goes.  From that simple word, we are a hop, skip and a jump from the depredations of the Chinese one-child policy, the sterilisation of poor men in Indira Gandhi's India, the catalogue of eugenic operations performed in the US, Europe and Scandinavia right up to recent times (the last forced sterilisation in the US was in Oregon in 1981). Terrible things have been done under the pretence that we will save society by stopping 'over-breeding' or preventing the 'unfit' from reproducing.  Those actions and the logic that tried to justify them are indefensible, and ironically these attempts to save society end up frequently turning society into something that isn't worth saving.  The environmental and conservation movement has some roots in the eugenic origins of the population movement of the early twentieth century, and there is no point denying or avoiding this.  It must be dragged into the daylight and shown for the horror that it was.  But we are here and now, and the fact that in the past unsavoury people have done things which they defended by cloaking themselves in similar concerns does not mean that there is no reason to have a conversation about these things now. So no, I don't think that saying there are 'too many people' is the right way to frame the conversation.  What I do think is that it's high time that we had a real, honest conversation about ourselves, about the ways in which we interact with and affect one another, the things we do to one another and to our planet and how we can do a better job of looking after ourselves and this beautiful spaceship of ours.  That conversation has to begin somewhere, and my hope is that the film I have made can help us make a start. Critical Mass trailer from Mike Freedman on Vimeo. 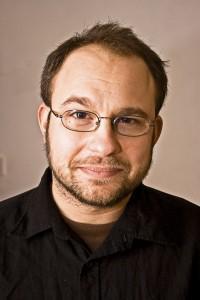 Mike Freedman is a filmmaker and writer based in London. Over the past two years, he has interviewed 60 of the world’s leading scientists, authors and academics on the issues of population, water,   food, peak oil, economics and sustainability for his debut feature documentary, Critical Mass, which is about the impact of human population growth and consumption on our planet and on our psychology. In addition to his film work, he is an occasional guest   lecturer at Bournemouth University and also gives presentations on the subject of population growth around the UK.  His writing has been published by Stakeholder Forum’s Outreach Magazine, The Daly News and Transition Voice.  He is currently raising money to distribute the film.