Love, acceptance and inclusivity is the only way out of the gruesome mess created by toxic masculinity.

I remember crying on the morning I found out Trump was elected. The impending sense of doom, the sadness of what would be lost; any hope I had for the replenishment of the environment - destroyed, and the disturbing uncertainty of the future for my children who have yet to be born.

Since his election, many have become numb to the hatefulness occurring in the world. We are no longer shocked by the racism, misogyny, homophobia, judgement, poisonous words, and the harshness with which the politicians conduct themselves. The more desensitised we become, the less we get in the way and the less we want to stand up for what’s right.

As we deplete our resources, and we live out every day diminishing the earth’s potential to heal itself, the feeling of abundance disintegrates, and in turn fear deepens, and the masculine desire to extract, take and conquer overrides softness, rationale and inclusivity.

The kind of toxic masculinity we are referring to are embodied in the words and actions of the: Putins, Boris’, Bolsanaros, Trumps, Bannons and Palins of the world; enforcing fascist and divisive policies that drive fear and exclusion. Yet, in the midst of all this toxic noise, the strength of the feminine has prevailed. In culture, in politics, in entertainment, women are showing the F*** up, and they are showing up for EVERYONE. Showing up for everyone is what the power of the feminine is all about. Women of colour in particular are the ones we need to listen to. Women of colour have had to work the hardest to find equal opportunity and have spent generations upon generations facing opposition and obstacles simply to be heard.

So when they show up, we listen.

It’s not a coincidence that the most copies of any book sold in the world last year was Becoming, by Michelle Obama. 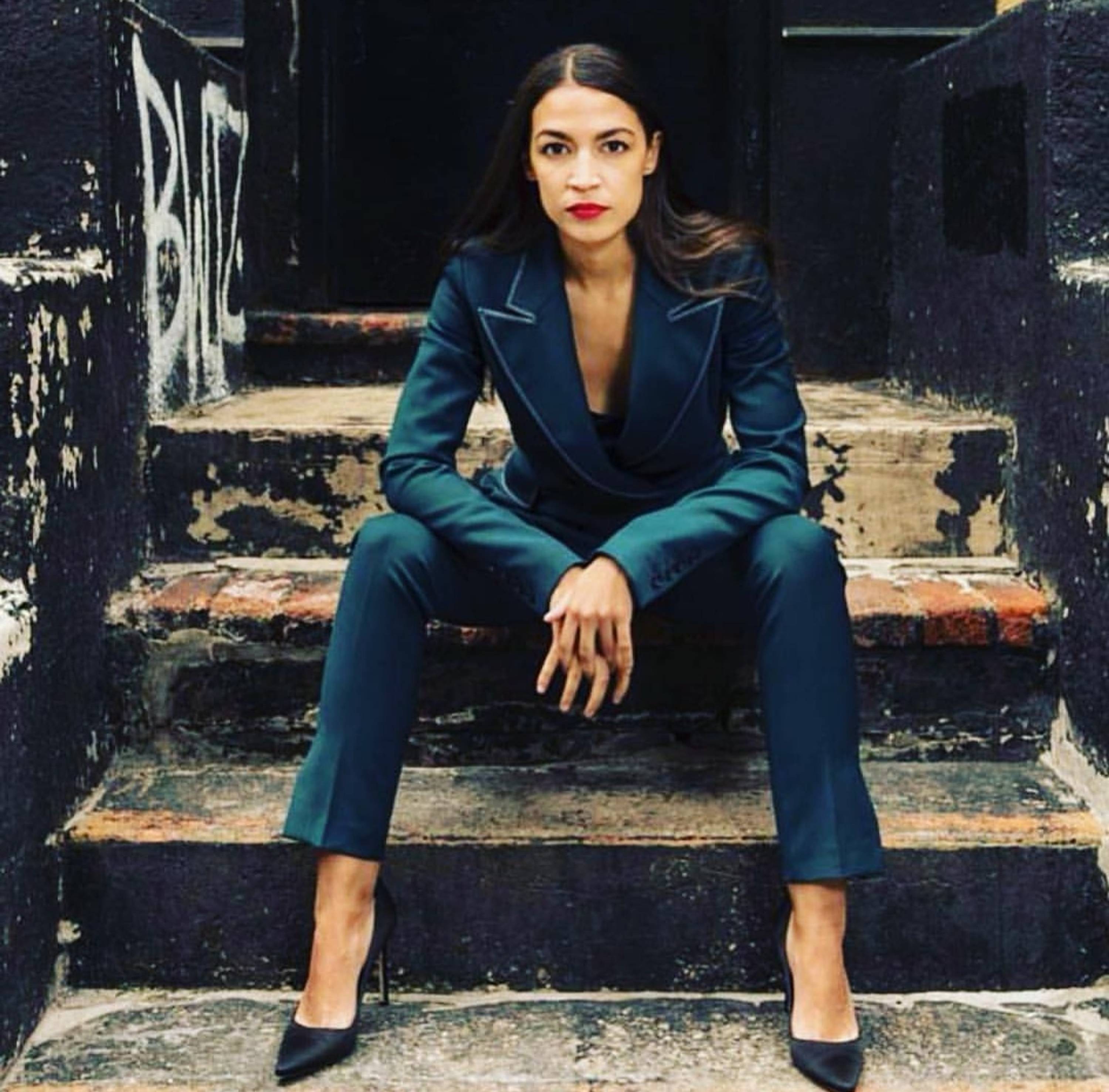 Who are these women?

This week the emergence of “The Squad” - a group of liberal congresswoman in the US senate - Alexandria Ocasio-Cortez of New York, Ayanna Pressley of Massachusetts, Rashida Tlaib of Michigan and Ilhan Omar of Minnesota - are a shining example of feminine leadership to be acknowledged, supported and celebrated. They made headlines and have been further pushed into the spotlight as beacons of integrity after being attacked with blatant racial abuse from Trump this week. They responded in the classiest way, by not taking the bait. Pressley said -

“This is a disruptive distraction from the issues of care, concern and consequence to the American people that we were sent here with a decisive mandate from our constituents to work on...”

These women are showing up for women, for men, for minorities, for LGBTQ, for the future of our children, and in the process they are showing up for our beloved planet earth. Their policies mean education, equal opportunity, climate change and the earth’s degradation are pushed to the forefront of their political agendas.

It is not an understatement to say that the current array of the world’s most powerful (male) leaders are less than concerned for the wellbeing of the Earth, and the wellbeing of humanity than they are for the health and vitality of the Multi National Corporations, that they own or have shares in. The propensity of these men to exclude all those in society who do not contribute to further their acquisition of power, are left behind.

The voices and power behind women like those in “The Squad” are the ones who, in the midst of the public’s numbness, despair and subsequent apathy, will fight for inclusivity, for policies, for people and for actions which will improve the state of our environment.

Marianne Williamson is another woman vibrantly bringing the energy of the feminine into the American political sphere. She is not only championing the policies we so desperately need but is bringing the element of the human and the soul into the political discourse, she says:

America is not just having problems with what is happening to our economy, our environment, our educational system and so forth. We have a problem with the psychological fabric of our country, as a low level emotional civil war has begun in too many ways to rip us apart. The fact alone that someone bringing this kind of narrative into the political agenda is running for the 2020 leadership, fills me with hope, although pinning herself as becoming the leader of America’s moral and spiritual awakening is a sure-fire way to trigger huge resistance from many.

Politics needs the energy of the feminine

The mandate for supporting female leadership within grassroots organisations like Extinction Rebellion, is widely acknowledged. Or take the emergence of TreeSisters, a feminine leadership and tropical reforestation organisation, who donate monthly to fund tree planting in tropical forests who are fast gaining traction and funding. The energy of the feminine in these types of movements is not to be underestimated, but the significance of highlighting this within one of the most toxic masculine arenas - American politics - is even more poignant, as this is where female leadership is most needed and can have the greatest impact. Let us bear witness to the doom and gloom in the age of Trump, but be sure we pay greater attention to these women - who, like phoenixes, have risen from the ashes of toxic masculinity to champion notions of inclusivity, acceptance and love; to soften the harshness of the political stage - and bring hope.

Alexandra Ocasio-Cortez in particular has found a special place in so many of our hearts and minds, as she represents a fearlessness, realness, and most importantly a human-ness; that we are all yearning for. Her facebook live sessions attract hundreds of thousands of viewers: often the sessions are just her sitting in her flat, repotting a plant, or attempting to put ikea furniture together while discussing the state of the nation, her policies and her hopes. The simplicity of this is so powerful and in turn she imbues integrity, relatability and trust from the people.

It has never been more important to support female leadership in the modern world. Mother Earth has to be the focus right now if we’re going to find a way out of the mess we’ve created and funnily enough women seem to know a thing or two about how we need to get there. We are not going to fight our way out of this impending human disaster with war, money, institutions or separation. I suggest that the only way out is through the power of the feminine, through inclusivity, unification, acceptance and love.

I am Witch - Tales from the Roundhouse